By criminalizing HIV, a well-meaning law may do more harm than good. 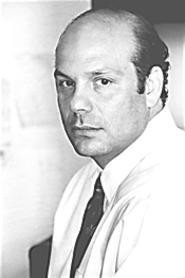 Electa Montgomery should have known better. After all, someone had done it to her. Testing positive for HIV at the Cleveland Clinic in 2001 was a devastating surprise. She was not promiscuous or an IV drug user, so she was pretty sure she'd unknowingly contracted the virus from a former boyfriend. She was given a prescription and a bag of condoms, and sent on her way.

James Maurice Taylor was the first man she slept with after the diagnosis. She thought she was in love with him. They talked about marriage, and he sometimes shared her apartment. Montgomery took steps to protect Taylor -- she insisted that he wear a condom when they had sex -- but she didn't tell him she was HIV positive, and for that, she is sorry.

"I never meant to cause him no hurt," she said tearfully in court. "I loved him, and I still do."

Montgomery, a 24-year-old East Clevelander, was charged with felonious assault for having sex without telling her partner that she is HIV-positive. She is one of an estimated half-dozen or more people statewide to be charged under a little-known statute that quietly passed the legislature in 1999, but only recently started making headlines.

Now, as the law becomes more widely known and enforced, advocates for people with HIV have begun to criticize it as overbroad and counter to public-health interests; they say that the well-meaning statute does more harm than good. Among their criticisms:

· The statute criminalizes relatively safe acts -- such as an HIV-infected woman having protected, vaginal intercourse with a man, which some experts estimate has as little as a 1-in-44,440 chance of transmission -- yet leaves untouched acts far more likely to transmit the virus, such as sharing needles, which is estimated to have a 1-in-149 chance of transmitting HIV.

· Unlike many other states' laws, Ohio's statute criminalizes the act of nondisclosure rather than transmission, so people can be found guilty of felonious assault even if their partners never contract the virus. The law also makes no allowances for people who use condoms.

"If I'm HIV-positive and I want to have sex without disclosing, it's not going to matter, from a legal point of view, for me to use a condom, so why not just forgo the condom?" asks Earl Pike, the executive director of the AIDS Taskforce of Greater Cleveland.

The bill that created the law was sponsored by Rep. Ron Young (R-Leroy). He says he proposed the act in response to concerns expressed by Euclid police.

"They came to us because they had a gentleman who was HIV-positive, and he was out soliciting young people and taking them to his room and having sex with them," Young says. "And in fact, his roommate, who'd had a very close relationship with him, claimed he'd had over 100 young men with him in the room."

Young sloughs off the concern of critics that the law provides a disincentive for getting tested. "That's difficult to believe," he said, pointing to the many drugs available that treat HIV. "They'd avoid prolonging their life so they could have casual sex?"

But he admits that critics might be right to question why the law criminalizes protected sex, but lets people who share dirty needles off scot-free. "That's an excellent point, and that's something that wasn't brought up in the testimony," he says, because legislators were responding to the specific situation described by the Euclid Police Department.

Although it may have been well intentioned, the law is far from ideal, says Michael Goldberg, the lawyer for Electa Montgomery. Goldberg calls it the "laziest, most unrealistic way to prevent AIDS transmission through law" and in court papers writes that "the legislature has painted with a brush more fit for the side of a barn than the fine letter of the law."

He points to Montgomery's case as a prime example of how the HIV statute is ripe for misuse.

Montgomery finally told Taylor that she had HIV on January 14, 2003, Goldberg says. They had been talking about children together -- she already had one of her own -- and she was forced to admit that she didn't think she could have any more, because she was HIV-positive.

Taylor seemed to take it well at first, according to court papers. He told Montgomery that they would get through life with her disease together. He got tested, and the results came back negative, as would two follow-up tests. The couple even continued to have protected sex, Goldberg says. (Montgomery declined an interview through her lawyer. Taylor didn't respond to requests for interviews made through a victim's advocate assigned to his case.)

A little more than two weeks after Montgomery told Taylor her secret, he flipped out, for reasons that weren't clear even to her. At about 2:30 a.m., Montgomery awoke to find Taylor punching her in the face, according to a police report. Taylor rampaged through the apartment, breaking dishes, a dinette set, a stove, and two televisions, overturning a nightstand and a refrigerator, and slashing a leather couch and love seat.

Montgomery ran downstairs to a neighbor's apartment and called East Cleveland police. She pressed charges against Taylor for domestic violence.

Taylor responded with charges of his own. On February 5 -- five days after his rampage -- Taylor filed a complaint that resulted in Montgomery being charged with felonious assault, for having sex without disclosing that she's HIV-positive. She was summoned to the police station -- she thought, to follow up on her report of domestic violence -- and was arrested.

Bail was set at $200,000 -- a staggering amount, considering that having consensual sex with a boyfriend hardly seemed to make her a threat to the community. She spent 40 days in jail before Goldberg happened to hear of the case through a friend at the AIDS Task Force, intervened, and got her bail lowered to $2,500.

Then the media got wind of the case. TV stations couldn't resist the tabloid-friendly story. Montgomery's mug shot was splashed across the evening news, making her a pariah in her community. Her landlord refused to renew her lease, her child was harrassed at school, and she was shunned by former acquaintances. On top of that, she was facing up to eight years in prison and a fine of up to $15,000, if found guilty.

In March, a Canton man was sentenced to four years in prison for knowingly exposing a woman to HIV. (The woman tested negative.) So although Montgomery's attorney made noise about challenging the constitutionality of the HIV statute all the way to Ohio's Supreme Court, Montgomery chose instead to appeal to the court's mercy. She pleaded no contest.

Taylor didn't show up at Montgomery's sentencing hearing and instead sent a friend to read a victim's statement: "What you have done to me is one of the most tragic things anyone could do to a person. You have killed me. Not with a .45 or a 9-millimeter, but with false love . . . Every day I wake up, the first thing I think about is dying -- dying from HIV or killing myself." (Taylor has tested negative for HIV three times.)

The defense had much to counter the statement's drama. Goldberg pointed out that Taylor continued to have sex with Montgomery even after she told him she was HIV-positive, and that he filed charges only after she complained to police about his alleged domestic violence. The charge is still pending, and there's a warrant for Taylor's arrest.

Montgomery cut a sympathetic figure, weeping uncontrollably as she explained, "Even after I told him, he said he understood. I went with him to a doctor's appointment to make sure."

In the end, Judge Nancy Fuerst sentenced Montgomery to 200 hours of community service and four years of probation. No prison time.

Still, Montgomery hardly came out of the case unscathed, says Goldberg. "What more is the state of Ohio going to do here? Her life's been ruined by this already."

The relatively lenient verdict also did little to assuage Pike, of the AIDS Taskforce. "Here's somebody who was beaten up by her boyfriend, filed charges, and then he filed these charges against her. It was clearly retaliatory," Pike says. "It's pretty galling that her domestic abuser was able to use the law against her in this way."