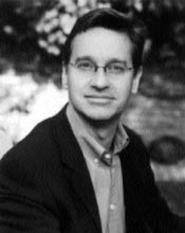 Paul Feig remembers everything about his childhood you want to forget about yours--the ass-kickings, the name-calling, the overwhelming smell of a classmate's vomit commingling with the odor of the red sawdust used to sweep it up, the tingling sensation down there brought on by climbing a rope in gym class, the humiliation of being made dodge-ball target, the horror of taking a Little League pitch square in the butt and having the coach rub it all better, the fear of the first kiss. He possesses an endless torrent of horror stories and is proud to revisit and recount them for you; anything for a laugh, though Feig is invariably both joke and punch line. It's the former stand-up comedian in him, standing in front of a brick wall somewhere and conjuring nightmares for two-drink-minimum customers desperate to laugh at someone else's pain.

Feig has no difficulty telling you about the time he was 12 years old, with long blond hair and big pale nose, donning his mother's dresses and go-go boots while smeared with her makeup. He just liked the way he looked as a girl, that's all. Nothing, ya know, gay about it. He just liked to look pretty. He did, anyway, till the afternoon his prancing about the house was interrupted by neighborhood kids who knocked on his door to tell him his mother had been in a car accident down the street. There was just something about standing over his mother, while wearing her clothes, that pretty much scared him straight, or at least into a pair of pants from that point on.

Feig has made a career of conjuring the nightmares of pre-pubescence, first as the creator of one of television's best-loved--and most tragically short-lived--series, NBC's Freaks and Geeks, now as author of the just-published Kick Me: Adventures of Adolescence, a sort of cautionary tale broken down into humiliating junior high and high school vignettes. His last name, pronounced "Feeg," is always coming out "Fag" when formed by the mouths of classmates, and girls offering long-awaited first kisses always seem to do so after puking at the school dance. It takes about a day to make it through Kick Me, but it will take years to forget, because it seems to exist solely to conjure your worst childhood memories. It reads like a stomach-acid flashback, a gut-churning return to the site of your biggest failures and most mortifying defeats. Unless, that is, you were one of those little Toughskin bastards who liked to pick on kids who were too embarrassed to take a post-gym class shower and spent the rest of high school on the smoking porch. In that case, Kick Me will invoke the best few hours of your life, at least till you gotta get back to your job at the construction site.

As it turns out, as though anyone needs reminding of this timeworn fact, the best training for comedy is to suffer an endless series of humiliations in childhood; there's no better preparation for life than revealing your butterfly underpants in the locker room. Comedy becomes a defense mechanism, the shield used to fend off opponents' dreary barbs. And Feig wields his shield like Captain America...or maybe Wonder Woman and her magic bracelets.

"Comedy gets you out of a lot of trouble all the time," Feig says from a Los Angeles editing room, where he's putting post-production touches on a film he wrote and directed, I Am David. "It was the only way to get that acceptance from girls or guys who were gonna kick your ass--though that didn't work all the time. Trying to make the bully laugh is one of the most misguided bits of advice you can give a kid. 'Oh, no, they'll like you.' No, they'll just kick your ass when you top them with a zinger. It's a natural progression for people who got knocked around to go into comedy. Or go up into a clock tower."

Feig began writing Kick Me in the mid-1980s, those lost in-between years separating high school and college and his career as an actor (on, among other things, TV's Sabrina, The Teenage Witch and the Tom Arnold series The Jackie Thomas Show) and TV show creator. He was working the comedy clubs when he got a new typewriter and began putting to paper the stories he was using in his act, in hopes of completing a book called School. But his father disabused him of such illusions, telling his boy that no one would ever want to read a book about his childhood misadventures. "You're not famous," said the old man, which crushed whatever spirit his son had left in him. After that, he'd occasionally fish out the finished chapters, but only to polish, never to publish.

But in September 1999, Mr. Feig's son did become sort of famous: He was creator of Freaks and Geeks, a thinly veiled fiction based on what had been not-too-distant fact. Paul Feig became Sam Weir and, in turn, Paul Fag became Sam Queer. Indeed, the entire cast of the show, set in high school at the beginning of the 1980s, bore some resemblance to Feig, as well as executive producer Judd Apatow and the show's other writers, who were asked early on to share their own childhood traumas and incorporate them into series plotlines. That's both why the show worked so marvelously and why it failed so miserably: It was so real for some of us, it was like watching our most secretive home movies acted out by people who looked like we did when we were too young to know better.

At a time when everybody was falling in love with Raymond, who looked and sounded like every other sitcom pop since Rob Petrie, Freaks and Geeks proved you could fashion meaningful comedic television out of very real and very bad nightmares. You laughed till you hurt, you hurt till you laughed, sometimes you watched with one eye shut, and other times, it was too hard to take with both closed.

"And that makes me really proud--I've done my job," Feig says. "But at the same time, you go, 'That's probably not a good thing for the show if people can't watch the show and have to walk out of the room.' This is why [former president of NBC Entertainment] Garth Ancier just hated the show, why we were doomed from the beginning on NBC. Most of television operates under the theory of fantasy fulfillment, especially kids' shows and shows for teen-agers. They don't wanna watch themselves as they are; they wanna watch how they could be or these idealized versions of themselves. I always fight against that, because I don't like that. When I was a kid, I used to hate watching kids on TV who were smart or snappy. I liked watching adults being stupid. That's why I liked Monty Python, because these were adults acting insane, whereas when a kid came on, hey, he knew everything, and I was like, 'I don't wanna see that, because I don't know everything, and I don't wanna see a kid who's more together than me.' But, apparently, I am in the minority, according to television. So my inspiration for doing a show like this, at the end of the day, might have been the downfall of the show."

When Freaks and Geeks was canceled by NBC after 18 episodes, the timing was lousy. The show's hectic schedule had exhausted him, and his mother had just died. He was left without his friends--these marvelous characters, more tangible than people we knew--and without the show, which was so much a part of him that having it axed was like having a limb severed. "I do love those characters," he says. "I do miss those characters, to be honest." Every now and then there was talk of a reunion movie on Fox Family Channel, which ran the series in reruns, or a big-screen version, but nothing came of it. There's still the hope it will appear on DVD, but the cost of licensing all that period music might be too prohibitive; Feig hopes for, if nothing else, a best-of collection, but that's off in the far future. How, then, to keep telling these stories without the blessings and budget of a network?

As it turned out, there were executives at Random House who were big fans of the series and wanted Feig to write a book--a "prequel," as This American Life's Ira Glass says on the book jacket. He had 100 pages and needed only to complete the story, which never really ended for Feig; he grew up, but certainly not out of those tales with so many unhappy endings. Fact is, he hopes to write a second book full of similar stories. His, as it turns out, is a bottomless pit of juvenile woe. Then again, whose isn't?

"It's just cool to remember all this stuff, because it gives you a much broader basis to make decisions from," Feig says, laughing. "It's also good to remind people so they can tell kids, 'This is how it was when I went through this,' because that stuff never changed. I am absolutely convinced of this. Five hundred years ago, kids were dealing with the same emotions. Settings and circumstances were different, but people are people, and the insecurities are all there. It's only the culture and situation around you that changes it a bit. And I just think it's fun. My wife said, 'You're really being honest, aren't you?' I said, 'I know.' I don't know why it gives me such a kick, but it does."