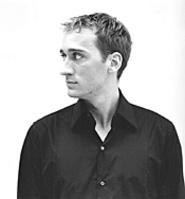 DJ, producer, and remixer Paul van Dyk got the itch to spin records behind the once-drawn Iron Curtain of East Berlin, at a time when DJs were considered "freaks in the corner." Even cooler than this international experience is his recent court victory over the now-defunct MFS Records, which secured van Dyk's claim to his entire back catalog. The ruling cleared the way for Global, a 12-track CD/DVD retrospective that highlights the DJ's reign over sweaty, melodic, epic trance.

A former low-wage carpenter who found electronic sound through a West Berlin radio show, van Dyk eventually landed a job spinning in a Berlin nightclub; in 1992, he met Cosmic Baby and MFS label boss Mark Reeder and, as one half of Visions of Shiva, churned out his first progressive house hits "Perfect Day" and "How Much Can You Take." Credited with bringing the sound of ethereal trance to the forefront and tossing out soulful dance-floor sweepers, van Dyk is the tightest superstar DJ in his class.