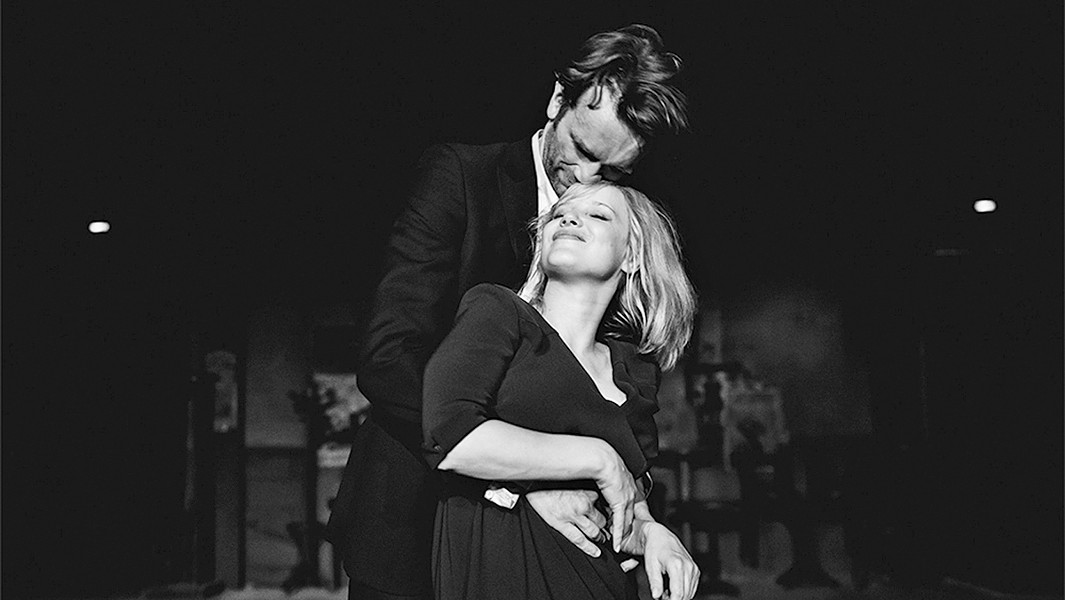 In the curious calculus of the 2019 Academy Awards, Cold War, directed by Polish auteur Pawel Pawlikowski, is a nominee for Best Foreign Language Film, but not Best Picture, though Pawlikowski is one of only five directors to have earned a Best Director nod. Roma, the black-and-white foreign language darling from director Alfonso Cuaron, managed to snag a Best Picture nod as well.

Even experts are scratching their heads as they put together their predictions, but one thing is clear: It's a splendid year for movie lovers. Cold War, with its dramatic black-and-white photography, is one of the most visually arresting films of 2018. Its 3:2 aspect ratio contributes to its beauty as well. Unlike 2015's Son of Saul, which used the boxier aspect ratio to convey the claustrophobia of Auschwitz, Pawlikowski uses it to compose images of remarkable height and depth in Poland's ravaged post-war landscape.

Opening with scenes of Polish peasants singing folk tunes, we learn that Wiktor (Tomasz Kot) and Irena (Agata Kulesza) are gathering audio material to create a kind of variety show celebrating Polish heritage. They open a school to train a troupe of young performers in song and dance. It is there that Wiktor meets Zula (Joanna Kulig), an unpolished singer to whom he is instantly and powerfully attracted, and who, it is soon revealed, is informing on Wiktor to the Communist Party man, Kaczmarek (Boris Szyc), overseeing the troupe. Romance blossoms anyway. To Wiktor, Zula's voice and personality are blasts of fresh air in his world drained of creative energy.

On a European tour, they make plans to escape to West Germany, outside of Communism's grasp, but Zula can't bring herself to follow through. They reunite years later in Paris, where their love is challenged in different ways. They return to Poland. Their love story is aborted yet again.

At a trim 90 minutes, much of Cold War's narrative occurs between the precious images and representative scenes that Pawlikowski has selected. It's much like Pawlikowski's previous film Ida (2014), in this respect: spare but searing, with only the most important moments elevated.

The love story itself is based on that of Pawlikowski's parents, to whom he dedicates the film after a quiet, heart-wrenching final image. Their relationship, from 1948-1988, coincided almost precisely with the Cold War of the film's title. In the 15 years that the film encompasses, the oppression of world events disfigure, but also fortify, what might have been a very different tale.

The music of the film is a highlight: not only the choral arrangements of the Polish troupe, but the jazzy improvisations of the Paris nightclub scene to which Wiktor flees, and the film's flagship song, Dwa serduszka, first sung by a Polish peasant girl and adapted repeatedly for vocal and instrumental performance throughout the film. In one such adaptation (featured in the film's trailer), Zula transforms the mountain tune into a smoky torch song for an awestruck Parisian club crowd.

Kulig herself is both vivacious and devastating in the lead role. In her, the film's energy burns brightest of all.