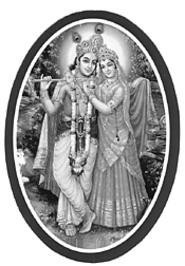 Eleven years ago, Donald Foose was a Spudmonster looking for the meaning of life. He found enlightenment when his Cleveland hardcore band toured with the New York-based Cro-Mags, whose members were Hare Krishnas. "I had all kinds of questions, and they all seemed happy in life," he says. Now Foose himself is a Krishna priest and the organizer of this weekend's Festival of India Ratha Yatra in Tremont's Lincoln Park.

Foose and his wife, Tonya, run the Hare Krishna Food for Life, a meals-on-wheels soup kitchen that specializes in vegetarian cuisine. They'll serve 1,000 free dinners at the festival, a celebration of the nonsectarian Hare Krishna faith. The menu is slated to include such vegan treats as creamy rice with cherries and vegetables, deep-fried cauliflower, and farina pudding cake. "We'll be giving the taste of Eastern philosophy, all prepared with love," says Foose, now a cement laborer by day.

Hare Krishna followers from around the country will take part in Lord Jagan-Natha's Parade, named after the deity known as the "Lord of the Universe." Afterward, classical Bhajan singers and Bharat Natyam dancers will take the stage, accompanied by a band of tabla, kartal, and mrdanga drum players. Tables will be set up around the park, offering brochures on reincarnation, karma, meditation, and yoga. "We're trying to bring Krishna to the people and to encourage a relationship with God," Foose says. The Festival of India Ratha Yatra is at 11 a.m. Saturday at Lincoln Park, 2409 West 14th Street in Tremont. Admission is free; call 216-228-4777. -- Cris Glaser

Today's Cleveland Pride Road Rally pits teams each against each other in a scavenger hunt/trivia contest that takes place all over town. Equipped with triptiks that point the way to 10 gay- and lesbian-friendly businesses between Lakewood and Shaker Heights, each team uncovers clues to the next stop and answers trivia questions along the way (sample: What's the name of the building at the corner of Mayfield and Euclid?). At the end of the race, scores are tallied based on completion time, how many questions were answered correctly, and how many bonus items were picked up along the way. The winning team collects a bounty of prizes from businesses on the route. Registration is $10 per person. It starts at noon, at a location to be determined; call 216-631-4554 to learn more. -- Cris Glaser

The Classic Cleveland Poetry Slam's 2003 Cleveland City Wide Poetry Slam Finals take place tonight, and local slam-master Michael Salinger is pumped. "All of [tonight's performers] have won a qualifying slam sometime during the past year," he says. "This is our culminating event." Four winners will be chosen from about a dozen slammers to represent Cleveland in the National Poetry Slam in Chicago in August. "We hope to get a diversified crew out of this for the finals," Salinger says. The City Wide Poetry Slam Finals start at 7 at the Beachland Ballroom (15711 Waterloo Road). Tickets are $15. Call 216-383-1124 for more information. -- Michael Gallucci

Freedom fries are out. French kissing and Brie are in -- at least for an afternoon. Inspired by Georges Seurat's famous pointillist painting of a sunlit summer day, the Francophile fest Sunday in the Park With Art House (right) brings the sights and sounds of 19th-century Paris to town. There's French accordion music and apricot crêpes, as well as a silent auction of local artwork and theater, sports, and restaurant packages. Sunday in the Park takes place at Art House (3119 Denison Avenue) from 1 to 4 p.m. today. Tickets are $35 and $60, and all proceeds go to Art House (read this week's Art to learn more); call 216-398-8556. -- Eleanor LeBeau