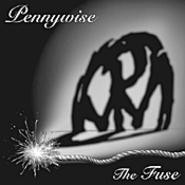 "Bro Hymn," from Pennywise's self-titled full-length 1992 debut, ranks among the most singular songs in punk history. None of the group's peers could pull off such a staggeringly earnest ode to friendship. Bad Religion is too brainy, Green Day too wimpy, and Rancid too proudly purist. NOFX would spin the title into a joke. Like most powerful schmaltz, in the right setting "Bro Hymn" can melt hearts. When the group used it to cap 1997 Warped Tour sets after bassist Jason Thirsk died, even the jocks in the pit blinked back tears.

Musically, Pennywise has changed little since that definitive track. Anchored by drummer Byron McMackin, who ambitiously adds rolls and fills in the middle of breakneck backbeats, the group follows familiar progressions to fist-shaking refrains. Its songs are roughly 40 percent chorus, with single-syllable rhyme schemes of the "can/plan" variety. Singer Jim Lindberg rants obliquely about "society" and over-obviously about "Fox TV," without straining his mild yelp.

But Pennywise struggles when it steps out of its decade-deep niche. Its slow material feels artificially sedate, and its staggered-riff hardcore lacks heft. Given the band's inability to evolve artistically, this isn't a group for fans to grow old with. But The Fuse, like Pennywise's earlier efforts, is an ideal primer album for young punks. It's ultra-fast, yet sing-along poppy and filled with self-help slogans to inspire those receptive to simplistic solutions.