Why I Hate Women (Smog Veil) 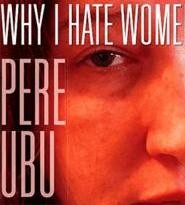 Paced by the instantly recognizable singsong of David Thomas, Ubu's first disc in four years spews 11 tunes of arcane lyrics and dense music. "Love Song" is the most conventional rocker, with lead guitar by Numbers Band guru Bob Kidney, while "Blue Velvet," the most miasmic cut, showcases the harmonica of Bob's kid brother, Jack. If Thomas wants the 15th Ubu album to conjure the lurid ambiance of noir crime novelist Jim Thompson, the funky "Texas Overture" and the hooky "Flames Over Nebraska" do the trick.