The Never-Ending Pain of the Boy Scouts' 'Perversion Files' 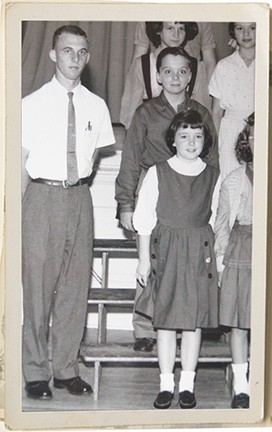 A former Scoutmaster confesses to decades of molestations that happened as the Scouts looked the other way; a victim explains the trauma endured at the hands of another troop leader.

Lee Dalton was 26 years old and a recent Kent State graduate in 1966 when he left his leadership position with local Boy Scout Troop 61, his teaching job in Burton, and his hometown of Hiram, Ohio, and headed out to Montana with his wife.

Over the next three decades, Dalton would become many things in his new life: a national park ranger, a father of four, a cop, a devout Mormon and a moderately successful Mormon-themed novelist and magazine writer.

But he would also ease back into old patterns and comfortable roles, once again becoming a Boy Scout leader and, eventually, an elementary school teacher in a small northwest Utah town —positions that gave him opportunity and access for one other thing he'd been most of his life: a child molester.

Dalton was arrested for the first and only time in 1997, for sexually abusing his only son, and served three and a half years in a Utah prison for the offense. It was not, however, the first time he was accused of such activity, though the Utah courts would have no way of knowing that.

So Dalton simply left town—and did it again. And again, until finally being caught some thirty years later.

Dalton, now 71-years-old and living in Ogden, Utah, tells Scene he doesn't remember the exact number of children he's molested in his life, but thinks the total is around 24 since he's been an adult and more than 40 since he was a child.

His story—one of thousands illuminated by the formerly confidential "perversion files" the Boy Scouts were forced to release last year—is what happens when a calculated child molester is granted unfettered access to children thanks to a massive national organization willing to look the other way.