Raise the Dead (Fueled by Ramen) 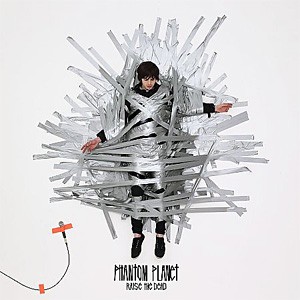 After three albums of near misses and one genuinely great song (The O.C.-approved "California"), Phantom Planet has finally scored. When we last heard from the SoCal alt-rockers on 2004's self-titled CD, they were belatedly trying to take some shine off the Vines' high-watt riffage and snotty posturing. On Raise the Dead, they balance their first two records' songcraft with the last one's forcefulness and end up with an album that's louder and catchier than anything they've ever done. Well, at least it's that way for the first four tracks. The title tune screeches and thuds its way to quasi-epic status before it implodes into "Dropped"'s sexy chordplay, which gives way to "Leader" and "Do the Panic," whose irresistible hook ranks right up there with "California"'s. Then Raise the Dead turns into a mediocre concept album about psycho cult leaders. But man, what a start.