The creator of the Anna Pigeon mystery series speaks at Joseph-Beth Booksellers. 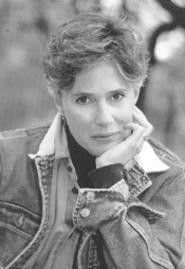 Like park ranger Anna Pigeon, the heroine she created for her mysteries, author Nevada Barr has a hard time staying in one place.

"I have changed careers about every seven years," she says. Before a career as a park ranger with the national parks, Barr was an actress. Now she is a bestselling author, with nine Anna Pigeon novels under her belt.

"I'm concerned, because year seven has come and gone," she jokes. But fans of the series can rest easy. Blood Lure, which Barr will be signing Thursday at Joseph-Beth Booksellers, was published earlier this month, and the first draft of the next novel is already done. Helping keep things fresh for Barr is a constant influx of new ideas.

"I poke around and I listen to the gossip of the rangers," she says of her trips to national parks. "And I think about places that people could die nicely in -- then I go play there."

Having her heroine move from park to park with each book keeps the series dynamic, but it wasn't a calculated move. When she wrote the first Anna Pigeon novel (1993's Track of the Cat), Barr had no clue it would become a series. She was just applying the first rule of novel writing: Embellish on what you know.

"Usually I had a little baby experience, then Anna had an extrapolation of that," Barr explains. "And of course, I borrow heavily not only from imagination, but from stories other rangers told me." On top of that, Barr admits that "women also have John Wayne fantasies, and I like exploring those."

The most gratifying aspect of the Anna Pigeon novels, however, is that the character's adventures are very real. Barr has not tried to create a feminine Sherlock Holmes with almost psychic powers of deduction or an unbreakable strong arm of the law.

"I like to keep her flawed," Barr says. "I didn't want Superwoman; I wanted a real person who is good at her job, but is human."