Festival brings together writers and their new works. 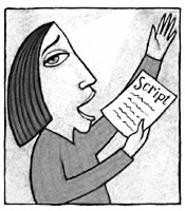 The big news at this year's Next Stage Festival of New Plays (at the Cleveland Play House) is that seven of the eight works featured at the 10th annual playwriting fest were penned by women. "It's unprecedented," says producer Seth Gordon. "I'm excited about the different styles." Among the works being read and tested onstage over the next couple weeks are new pieces by Tony nominee Tina Howe and local fave Eric Coble. "We do this to find plays to produce," says Gordon. "And we want to involve the theatergoing community in the playwriting process. Everybody is used to coming to the theater and seeing a finished product. They sit in their seats and see something that is tried and true and rehearsed carefully. This is something that's a little edgier." The fest runs through November 20 at the Cleveland Play House's Brooks Theatre, 8500 Euclid Avenue. Show times are 7:30 p.m. Friday through Sunday. Tickets are $8. For a schedule, call 216-795-7000. -- Michael Gallucci

Day of whine and moroseness

Hosted by Tracy Marie (pictured), Saturday's free Art of Improv isn't merely about composing a goofy song on the spot. It also reveals why Fran the Magic Man is known as the King of Handslapping. It's at 7 p.m. at Lakewood Public Library, 15425 Detroit Avenue in Lakewood; call 216-226-8275. -- Cris Glaser