The Indians Could've Been So Good, If They'd Just Asked Me 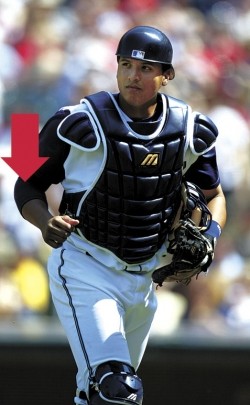 With the closing credits set to roll for the Tribe on Sunday, this season - as long and enjoyable as a five-hour silent Norwegian documentary - will finally conclude. While you quietly exit the theater and dispose of any trash or popcorn you haven't already thrown at the screen, it's time to take a look back at the 2008 Wahoos and see what can be gleaned, as we, the foolish Cleveland-baseball addled, pack back into our winter wigwams and wait for April.

The 2008 season was marred by injuries and egregious under-performance. Factor in trades and the need to replace guys who played like method actors preparing for roles as meerkats with Lego limbs, and you had 49 different guys wear a Tribe uniform this year. That's not even including owner Larry Dolan, who likes to throw one on and walk around the city telling everyone he's Grady Sizemore.

Using the Way Back Machine - because I like my predictions to always be right - let's take a look at what we learned and see what would have happened, had some simple roster moves been made:

Winter 2007: Tribe brass realizes that closer Joe Borowski is out of gas and will not make the trip to spring training. They trade for a proven closer with an arm not made of Jell-O. What happens: Instead of an AL-worst 27 team saves, the Indians get 40-45. Also, PETA commends the Indians for not torturing old horses.

Spring Training 2008: Mark Shapiro decides to dig up some numbers on this Jason Michaels fellow he has playing in the outfield. He determines that the team would get more offensive production from the position if they simply didn't play anyone there. What happens: Ben Francisco is given a chance to continue his hot spring by playing every day in the majors, eventually ending the year with 26 HR and a solid .280 batting average. With Michaels gone, Cleveland immediately moves up one spot in the Most Attractive City rankings.

March 2008: David Dellucci is cut. Mark Shapiro realizes that giving playing time to the aging yet ineffective veteran isn't wise when he could be giving Franklin Gutierrez an opportunity to showcase his Gold Glove-caliber defensive skills on a daily basis. What happens: Dellucci reveals himself as the author behind DumpDavidDellucci.com and can finally speak candidly about his dream of opening a high-end barbershop. Empathizes with Adam Sandler's character in You Don't Mess With the Zohan.

April 2008: Victor Martinez realizes his hamstring will take a while to recover and mentions to team trainers that his elbow has been hurting him too. Before the first week of the season is over, it's determined that Martinez needs surgery on the elbow and will be out two months. What happens: Victor doesn't waste two months playing with only one good leg and one good arm. Kelly Shoppach starts his Campaign to Kick Ass immediately and goes on to be among the team leaders in homers, extra base hits and RBIs. Martinez returns early June in regular All-Star form, playing more at first base to relieve the struggling Ryan Garkonopolous. Also, still in need of a backup, Sal Fasano is signed earlier in the season. He convinces the whole team to grow Fu-Manchus - except for Jeremy Sowers, who is unable to grow facial hair.

April 2008: When Travis Hafner accepts that he can no longer raise his right arm above his shoulder while doing the "Y.M.C.A." dance, he also accepts that he might not be that productive at hitting a baseball. What happens: He doesn't waste our time. Also ... actually, that's it.

April 2008: Andy Marte begins wearing a sign around his neck that says, "I am not Brandon Phillips." General Manager Mark Shapiro takes note and immediately begins looking for the franchise's third baseman of the future. What happens: Inspired by Marte, Jamey Carroll begins wearing a sign that reads, "I am Jamey Carroll." He receives zero more autograph requests, tells reporters he was noticed once when he had a goatee - but only by somebody who wondered if he was Paul Byrd's little brother.

April 2008: Larry Dolan ponders what to do with the millions of dollars he's saved by getting rid of some driftwood. What happens: Watching Major League one night, he decides to hire Dennis Haysbert to walk around the clubhouse as Pedro Cerrano on a daily basis. He even has enough money left over to spring for 162 live chickens to be sacrificed throughout the year.

The problem with the Way Back Machine and revisionist history, though, is that there were plenty of non-moves that turned out for the best. Remember when Cliff Lee was on the trading block? What happens if the Tribe stays in contention, and CC and Casey Blake are not traded? Does the future look as bright without Matt Laporta, Carlos Santana (MVP of the California League), Jon Meloan and the rest of the CC trade haul? Probably not.

That's not to say my instincts are completely off. There's some major reconstruction to be done on this pothole-riddled roster during the off-season, and I'm just sayin'... Mark, you know where to reach me.