The mysterious rehabilitation of Neal Chandler. 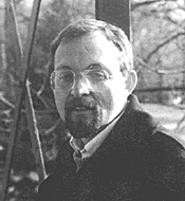 On two separate applications for the coveted Fulbright Fellowships, he called himself an "associate professor." But since Chandler's doctorate is in German, he was only a "lecturer" -- not a true member of the English department faculty.

The difference between a director and a coordinator, or a lecturer and a professor, might seem minuscule to those who reside in the real world. But in hierarchy-driven academia, titles and rank are treated much as they are in the military: Captains cannot pretend to be colonels.

When confronted with the fibs, Chandler was dismissive. He said he "does not care about titles" -- a disingenuous defense. His personnel file shows that he spent 10 years lobbying for a title upgrade. At least two formal requests were made -- one in '92 and another in '95 -- but both were denied by then-Dean Glending Olson.

The strongest language came from Director of Labor and Employee Relations Robert Pietrykowski. In a report, he called Chandler an "aggressive self-promoter and an opportunist -- traits that do not well-serve the university."

The end result: Chandler was fired in August, ending a 21-year-stint at CSU.

Or so it seemed.

Yet, after a single semester away, Chandler is back, and written into his contract is support for a promotion and a purging of his personnel file. It will be as if nothing ever happened. At least publicly, no one can explain how a disgraced academic suddenly reappeared -- and seems to be calling all the shots.

Poetic License
Neal Chandler might be the best-loved staffer in English Department history. In the week following his dismissal, CSU President Michael Schwartz was swamped with letters of protest. Most came from faculty and local writers, saying much the same thing.

The letters focus on his personality, downplaying his misrepresentations, calling them "careless errors" that resulted from the enormous workload he was forced to juggle. They praise his generous qualities and the Imagination writing conference he cofounded in 1992. The conference, a five-day affair with fees ranging from $525 to $1,901, is led by poets and authors handpicked by Chandler, and provides a chance for novices to share their work and get critiqued by professional writers.

But while the letters praise Chandler's charisma, mentoring, and organizing abilities, there's little mention of his academic accomplishments. And those seem in short supply.

The 61-year-old Chandler has published just one book. Benediction came out in 1989 as part of a series highlighting Mormon authors and ideas by the University of Utah Press. It wasn't exactly a best-seller -- the CSU library doesn't even carry it, and it is now out of print.

Chandler's effort to pump up his accomplishments is painfully obvious on his Fulbright application. The cash prize would enable him and his large family to live for a year in Germany, while he would continue to draw a salary from CSU.

In the section of the application titled "Prizes, awards," Chandler states that his short stories and essays won several awards over the years from something called Reflections. What he fails to note is that the editorial staff of Reflections -- a Journal of Mormon Thought, is composed of himself and his wife, Rebecca.

Literati on the Lake
Whatever his shortcomings as a writer and academic, Imagination showed Chandler's genius. He single-handedly shouldered the fund-raising and roped in such heavy hitters as Alice Sebold (The Lovely Bones) and poet-author Tim Seibles. The workshop has been so successful that it won a $31,000 Presidential Initiative grant in 2002, and private donors have been generous as well.

One such donor, poet Nathalie "Nin" Andrews, gave a total of $15,250 to the Creative Writing Program in 2003 through her family's foundation. Accompanying one $800 check is a note sprinkled with greetings from important literati:

"Dear Neal . . . just wanted to send another small check . . . every time I talk to [poets] Denise Duhamel or Nick Carbo or Tim Seibles . . . they talk about how you make it worthwhile to come to Cleveland . . . .[we] are impressed with how much you have been able to accomplish through your kindness and hard work."

Andrews also wrote an alternately glowing/threatening letter in support of Chandler just days after he was fired. Coincidentally, her poetry book, The Book of Orgasms, was reprinted by the CSU Press in 2000, and it was Chandler who put her on the Imagination faculty in 2001.

The poet-maker, it seems, had built himself a powerful lobby.

Dr. Leonard Trawick, a retired professor who gives money to the English department for a standing scholarship, wrote a letter to President Schwartz claiming that if Chandler's dismissal is allowed to stand, there will be a "firestorm of protest" causing "incalculable damage to the department" and that "several generous donors to the Poetry Center will be outraged."

Another letter of support stamped with a dollar sign came from Louise Mooney, a member of the Visiting Committee to CSU' s Board of Trustees, which is supposed to provide a link between the city and Schwartz's office. Mooney also gives money to various English Department programs. She called Chandler's fudging a "clerical error" and said she was "deeply grieved" by the school's treatment of Chandler.

Whether it was the passionate support from bigwigs or the threat of lost donations, the lobbying effort clearly paid off. Just three weeks after Chandler received a harshly worded termination letter, CSU was practically begging him to return.

Vice President Joe Nolan bristles at the suggestion that wealthy, influential people made the university retract its dismissal. "We're not in the business of selling jobs for a few thousand," he says.

It's true that when you compare Chandler's fund-raising efforts to the hundreds of thousands of dollars that law and business schools can draw, it doesn't seem like much. But Imagination does channel much-needed glamour into CSU, which has long labored under the reputation of being a puffed-up trade school.

One thing is certain: Just weeks after being fired, Chandler had gone from defending his fabrications to making demands. A September 19 letter details eight "conditions" for his return. He wanted to be made a tenured professor -- though he didn't possess the standard requirement, a Ph.D. in English.

He also wanted a raise and an apology from CSU for allowing Pietrykowski to call him "a self-aggrandizing opportunist."

But as if to provide supporting evidence, he suggested that he could get the money flowing again: "If the funding and writing communities . . . are assured that I believe I am being treated fairly, they will return their full support to the university."

In a letter to the Board of Trustees, Schwartz called Chandler's demands "abhorrent." Nonetheless, he agreed to negotiate.

Why the turnaround? Nolan grows mysterious at the question. "There are some people at the university who take title misrepresentation very seriously. But those persons are no longer involved [in the negotiations]," he adds.

Vice Provost Bill Shorrock shrugs. "I have no idea what sort of deal may have been cut for his return. It's been a continuing frustration for us."

On the 18th floor of Rhodes Tower, English Department chairman John Gerlach says Chandler will be teaching a single grammar course when the spring semester begins, and it's very likely that he will be promoted to director of the creative writing program. But with Schwartz's office unwilling to discuss the matter, Chandler's unlikely journey from heel to returning hero must be left to speculation.