With the Bled, Murder by Death, and the Kinison. Wednesday, February 18, at the Agora Theatre. 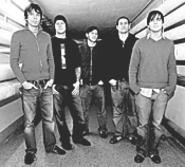 "It's always something," Poison the Well guitarist Derek Miller says with a laugh through his dying cell phone from a tour stop in the Midwest. "Every time we release a record, it's always, 'What the fuck happened?'"

Such is life for the world's most beloved and hated hardcore band. If you listen only to the first 40 seconds of any song from the group's latest album, 2003's You Come Before You, you might wonder what all the fuss is about. Poison the Well's dual metal-guitar attack, pounding rhythm section, and bloodcurdling yells sound evil enough, but they are hardly revolutionary. By the 41st second, though, singer Jeffrey Moreira drops the screaming and makes like Mel Tormé, crooning over melodies imported from Miller's favorite Cure and Smiths records. Just when your average hardcore kid would reach for the stop button, the noise kicks back in -- making for a potent brew that far exceeds any of Poison the Well's influences and induces sexual confusion in any self-respecting hard guy. To make matters worse, even when Moreira screams, he's usually screaming about girls, which puts the band firmly in the "screamo" genre.

And tough guys aren't allowed to dance to that stuff -- right?

"We get a lot of grief from guys who just want to hear screaming, but you reach a point where you've said everything you can say with a scream," says Miller. "As far as I'm concerned, singing is endless. I can hear someone sing forever."