For years Travis Haddix carried the mail. Now he just carries the tunes. 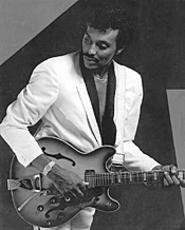 Neither snow nor rain nor crotchety postmasters could keep Travis Haddix from delivering the blues. For more than a decade, the mailman-musician has recorded extensively, toured the U.S. and Europe, and had his songs covered by better-known bluesmen. The personable singer-guitarist-bandleader has amassed this respectable résumé doing what few musicians could: raising a family and keeping a full-time day gig.

Sandwiched between a long-term record deal with a national R&B label, festival and club dates in Switzerland, and bar gigs in town, Haddix long worked full-time for the U.S. Postal Service. That hassle aside, Haddix's perseverance has made him -- after Robert Lockwood Jr. -- Cleveland's most internationally recognized blues artist. Recently retired and fully recovered from a heart attack, the 64-year-old bluesman is preparing to hit the road again.

The Mississippi-bred musician's calling card is old-school blues and soul, urbanized but never far from its southern roots. His vocals, like those of blues great Bobby Bland, are equally capable of dispensing sugar or salt. His guitar work is undeniably solid, in the style of the B.B. King generation. And his instinct for crafting catchy lyrics completes the Haddix hat trick.

The B.B. King influence came early, as did Haddix's first lessons in music. His father, who built his own instruments, taught Travis his first tunes on guitar. His older brother, Al, played guitar and backed many a bluesman in Memphis, both in the studio and onstage. Al also turned on his nine-year-old kid brother to B.B.'s radio show. "The only two stations we could pick up in Walnut [Mississippi] were WDIA in Memphis and WLAC in Nashville," Haddix recalls from his Bedford Heights home. "Al used to take me over to the WDIA studio. B.B. King and Joe Hill Louis each had a 10- or 15-minute program. I'd go from one studio to the other to hear these guys. Of course, I'd get chased out."

After he finished high school, Haddix's family joined Al in Milwaukee, where Travis would sit in with his brother's bands. He came to Cleveland in 1959 -- a move inspired by a desire for warmer weather, he says with a laugh. He stayed busy musically, releasing a number of local singles, including the one that stuck as his nickname, "Moonchild."

After another two-and-a-half decades spent toiling in the blues underground, Haddix inked a deal with the Atlanta-based Ichiban label in the late '80s. During most of that decade and into the '90s, Ichiban provided a landing strip for R&B artists who had topped the charts in previous decades, but whose followings were growing old. As the major labels gravitated toward younger acts, solid soul performers such as Clarence Carter, Millie Jackson, and Tyrone Davis were bumped from their rosters. As their exposure on urban radio became increasingly marginal, these artists held onto their fan bases through "jukebox" hits -- such as Carter's 1986 smash, "Strokin'" -- and by packing houses on the inner-city club circuit. In 1985, the Plush Entertainment Center on Miles Avenue was one of the stops on Carter's tour, and Haddix's band landed the warm-up slot. The gig enabled him to strike up friendships with many of the headliners, notably Carter and Artie "Blues Boy" White, one of a number of traditional blues artists also in the Ichiban stable. Carter's and White's tandem sales pitch to the label succeeded in getting Haddix heard, resulting in a five-album deal. The first disc, Wrong Side Out, was released in 1989.

Haddix and Ichiban couldn't have been a better musical match. Haddix's voice -- in which can be heard the influences of B.B., Bland, and even Otis Redding -- had the versatility to handle ballads as well as blues. Divided between "straight" blues and soul tunes, Haddix's albums were, stylistically, dead center in Ichiban's identity. His way with words was another big part of the attraction; titles to some of his tunes present strong evidence of his skill at crafting a hook, particularly a blues hook: "Getting By With a Lie," "Something in the Milk Ain't Clean," and "A Big Ole Goodun'." Fellow blues travelers such as Son Seals and Michael Burks have covered Haddix material.

A deal with a national label elevated Haddix above local-act status, and as his performing horizons expanded, his day-gig scenario became complicated. "Boy, this was pullin' teeth, I'll tell ya," he explains. "I had to write to the postmaster in order to get leave of absence without pay. That's how I was able to do my tours out of state and overseas." At times the system, or at least the cracks in it, worked in Haddix's favor. "I would write the postmaster for permission; [postmasters] didn't stay very long. By the time my engagement came up, that postmaster would be a goner. If I never got an answer, I'd show the new postmaster my documentation and take off."

In 1992, Haddix's producer and session drummer at Ichiban, Bryan Cole, hooked him up with his first overseas work in Switzerland, which has served as a regular festival and club stop ever since. Haddix's only bad experience with Ichiban came when the label messed with his sound. "They sequenced one of my records," he gasps. "I tried to tell them, 'You cannot sequence the blues! It's like tryin' to eat a plate of spare ribs with a knife and fork. It doesn't work!'"

Changing fortunes led to Haddix's mutual split with Ichiban after five years. (He'd completed his five-album contract and heard rumblings of financial woes at the label.) It has worked out well for his own label, Wann-Sonn, which he's run since 1995 and on which he plans to release his sixth title, Blues From Staghorn Street, before year's end. His Swiss connection provides European distribution; his discs are also available at www.travishaddix.com, and his prime cuts for Ichiban are available on anthologies. Though Haddix canceled his remaining 2003 gigs to regain his health, he hopes to hit the Savannah in January before starting on another round of globe-trotting. (Hawaii, Spain, and Switzerland are on the itinerary.) With his health news all good these days and the day-gig static behind him, Haddix is ready to move on, with playing finally his only concern.

"I've got time to do what I enjoy most," he says. "Playing and marketing my music."