No, it's Julie Roberts. The country singer. 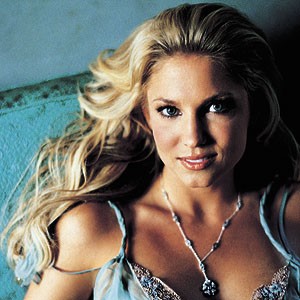 Country singer Julie Roberts has been hearing jokes about her name resembling that of a certain movie star ever since her album came out two years ago. But she says it doesn't bother her. "I had a chance to change my name," says the 27-year-old South Carolina native. "But I've been Julie my whole life. I'm gonna be who I am. I'm Julie."

That downhome honesty surges through her new CD, Men & Mascara, a scorching fiddle-and-mandolin-driven work of traditional country about women getting scorned, hurt, and eventually pissed-off enough to seek revenge. "I just sing songs that are real," says Roberts. "I sing about life, and if I haven't lived those words, somebody really close to me has." Roberts co-wrote four of the songs on her new album, a sign of emerging independence from a singer who got her big break on CMT's reality show In the Moment, which chronicled the making of her first record. "The first three or four days, you're always thinking about what you're saying," she says of having a camera in her face 24-7. "Then you realize you just have to let go and be rude to the cameraman."
Aug. 22-25, 9 a.m.; Sat., Aug. 26, 8 a.m.; Sun., Aug. 27, 9 a.m.