At 6 p.m. on Thursday, September 28, Cleveland Public Theatre will host a benefit for Y-Haven Players and CPT's Outreach Program that includes dinner, a silent auction, and a special preview performance of the play. Admission is $50. Call 216-631-2727. 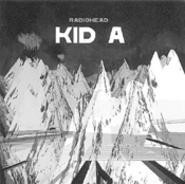 Radiohead's last album, 1998's OK Computer, was one of the last commercially successful releases that mattered. An album that worked better as a whole than as a series of singles, it stood out as one of the few releases of the '90s that had lasting artistic merit. The aftermath was that Radiohead became lauded as a rock savior and, like many other bands that search for fame and shrivel up in disgust at all the trappings when they finally get it, Radiohead retreated from the spotlight to take time off before working on its follow-up.

Unlike OK Computer, which Capitol pushed down critics' throats with massive mailings (which found the advance tape glued into a walkman), the label has been tight with new material, sending out cease-and-desist orders to radio stations that play it without permission. And like a bad movie that the studio doesn't screen in advance to prevent negative reviews from affecting its debut, Kid A is a fiasco. Right from the opening track, the somber "Everything in Its Right Place," Radiohead makes it clear that Kid A, which was produced by OK Computer's Nigel Godrich, is different from any of its predecessors. The same themes of alienation and despair are still here -- they're just so far embedded beneath clunky techno ("Idioteque"), gaudy string arrangements ("How to Disappear Completely"), and dissonant horns ("The National Anthem"), that singer-guitarist Thom Yorke's wispy vocals get lost in the sonic experimentations that shift wildly from one track to the next. The problem isn't just that Kid A is such a drastic departure from everything Radiohead has done in the past; the problem is that it reeks of childish self-indulgence and suggests that, despite its attempt to keep its integrity intact, the band has let the hype go to its head.