Ray Kelly ditched the Prodigals to open his own watering hole. 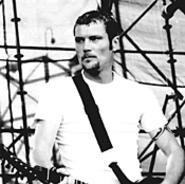 Ray Kelly didn't leave the Irish rock band the Prodigals for the usual reasons. There were no creative differences. No urge to express himself. And there's no animosity between him and his old bandmates. Nope. Ray Kelly quit the Prodigals last spring . . . to open a bar.

"There was nothing vicious or glamorous about my leaving," he laughs. "There were no big fights or anything like that."

But as these business endeavors go, things haven't proceeded as smoothly as Kelly and his partner anticipated. In fact, the bar -- in Connecticut, a short commute for Manhattanite Kelly -- still hasn't opened. Which leaves Kelly with lots of time on his hands. And lots of time to think about how to spend it.

"The funny thing about music is, once you start playing, you're married to it, and you're not able to divorce it," he says. "When you stop playing for a while, you really, really miss it. I just want to get back out playing again. If I had known that the bar wouldn't have opened, I would have stayed on [with the Prodigals]."

So Kelly and ex-Prodigals drummer Brian Boru Tracey are hitting the road this St. Patrick's Day week for a whirlwind bar tour that started in New York Monday, swings through Cleveland Sunday, and wraps up in Columbus on the holiday.

"We're taking this seriously, to a point," Kelly says. "But we're not going to make ourselves crazy, trying to get signed by a label. We're just gonna see where it takes us and have some fun with it."

And unlike the furious, jig-heavy Celtic punk Kelly fronted with the Prodigals, the St. Patrick's tour comprises more modest material -- traditional covers, acoustic versions of Prodigals songs, and some new tunes. "The thing about solo gigs is that they're tough, because it's just you entertaining the crowd," he explains. (Tracey joins in on bodhrán and other homeland instruments.)

"It's hard to do those 90-mile-an-hour songs without a band behind you. And there's more responsibility, because now I'm my manager, I'm my booking agent, and this and that."

But don't discount a Kelly-Prodigals reunion someday. He says he'd love to have his former group perform at his music-centric venue, once it opens. "I might even jam with them," he says. It was his band, after all. (The Ireland native formed the group in New York in the mid-'90s and recorded three albums with them. He's even joined them onstage a couple of times since his departure.)

And don't count on Kelly giving up music once the bar is up and running. "We're supposed to be open by the end of the summer," he says. "Maybe we'll be the house band. We're working with a bass player, and I want to record another album.

"I'll give the bar six months, and hopefully it'll work out. If it doesn't work out, I guess I'll be back on the road again."