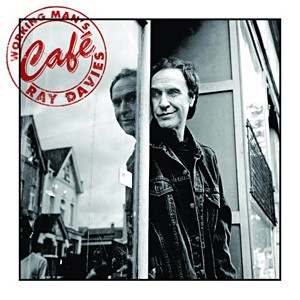 Even though Ray Davies' Working Man's Café opens with one of the rock legend's canniest topical tunes, the album comes off as a bit of a disappointment following his proper solo debut, Other People's Lives, two years ago. Over the four-bar blues shuffle of "Vietnam Cowboys," the former Kinks frontman bemoans globalization's accelerating pace: "Mass production in Saigon/While auto workers are laid off in Cleveland," he sings. The flinty rock bite meshes nicely with Davies' caustic wit. Unfortunately, the rest of Café lacks that spirit.

Where Lives bristled with tight, well-written songs packed into dynamic arrangements, Café limps along like The English Patient. "No One Listen," "One More Time," and "Hymn for a New Age" are keen laments from rock's original grumpy old man, but musically they're inert, lacking hooks, heft, and memorable choruses. The CD is heavy on overproduced ballads and mid-tempo cuts, with actual rockers falling few and far between. Come for the lyrics — don't stay for the music.