Troubled teens force a suburb to confront its worst fears. 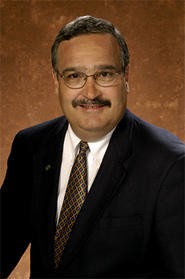 No one wants these kids. They grew up running from schizophrenic moms and sexually abusive brothers. They got pregnant too young, dropped out of high school, and found their way into juvie.

They drifted from one foster home to the next, until the system deemed them adults and kicked them out. That's where Lutheran Metropolitan Ministries stepped in.

Sixteen years ago, the charity started a program to help teens, ages 16 to 21, learn to live on their own. They get apartments, counseling, bus passes, food vouchers, and help finding jobs and earning diplomas -- everything they need to start a life that doesn't include an orange jumpsuit. Case managers are on hand 24/7 to make sure they don't go astray.

For years, Lutheran ran the program where you'd expect it -- on Cleveland's East Side, with a front-yard view of the abandoned buildings and drug-peddling turf near the Cleveland Clinic. But in the spring of 2006, leaders decided this cornucopia of temptation wasn't the best place to plant fresh starts.

So they moved to Lakewood, land of curfewed streets and cheap rents. It has all the trappings of suburbia -- moms on porches and kids in decent schools -- while offering quick bus routes to jobs in the city. They found a slew of apartments to house 28 kids in a complex on Clifton Boulevard, just over the 117th Street border with Cleveland. It seemed a perfect solution.

There was just one catch: Like all inner-ring suburbs, Lakewood is struggling to cope with the tide of Cleveland refugees streaming over its borders. It's desperate to avoid the fate of places like Warrensville Heights or Maple Heights. Yet as new families arrive seeking better schools and safer streets, they're often accompanied by those small things that, piled atop one another, spell a suburb's decline: loud music, petty crime, subsidized renters.

Lakewood's east end is its highest crime area. It's also haven to an unusually high number of pedophiles, since it's one of the few available locations that fulfills the mandate that they live more than 1,000 feet from a school. As city officials saw it, the last thing the neighborhood needed was a few dozen more troubled teens.

They tried to shepherd the program away from the area, noting that Hidden Village apartments weren't zoned for institutional use. But Lakewood's planning commission saw a willing landlord and do-gooder Lutherans with a noble cause. They weren't about to turn the kids away.

Their arrival stoked neighbors' fears -- and the human tendency to make them come true. Last fall, someone circulated a flier warning that the building had become a halfway house. Police began getting complaints of loud music and kids out late, wandering the streets. Residents fretted over the occasional fight, the shouting throngs in the parking lot, the guys who gathered on street corners early in the morning. All were signs, they feared, of a neighborhood not long for prosperity.

To Cheryl Moorman, a small woman with weary eyes, this was one more worry she didn't need. The mother of six lived through Cleveland's busing fiasco, which she credits with spreading "the mess" from East Side schools to the rest of Cleveland. Eastern Lakewood became her modest refuge.

Now subsidized renters have moved in across the street. She suspects one neighbor of selling drugs. And she's starting to believe the age-old prophecy of suburban moms everywhere: The more blacks that move in, the worse the neighborhood becomes.

"We moved here 'cause we thought it would be a good community for our kids," she says in her bikini and towel, watching her brood splash in an inflatable pool. Now, "We're no better than Cleveland."

Her friend Elizabeth, who manages a fast-food joint, says she's afraid to walk to work at 5 a.m. because of the groups of young men yelling on the corners. She and her husband are considering moving further into Lakewood to find a safer place for their two young kids. "There's only so much you can take," she says.

Johnny, who won't give his last name for fear the hoodlums will retaliate, is more annoyed than afraid. He moved in nearly two years ago. But he ended up with a backyard view of Hidden Village's parking lot. And he's sick of hearing the kids hanging out late at night, using the "n-word" and drinking. It's not a race thing -- he's black himself. It's a matter of courtesy.

"Doesn't matter where you live," he says. "You can't be loud at two o'clock in the morning."

Of course, not everyone agrees. This is Lakewood's most liberal enclave, home to European immigrants and a large population of gays and lesbians who pride themselves on tolerance. Some haven't even noticed the new teenagers.

"It doesn't bother me," says Jill Gefert. "I don't want anybody to be forced out. It takes all different kinds of people to make the world go round."

"They're just noisy. They're just kids," adds a neighbor named Gail, who has lived in the area for nearly 30 years.

In fact, evidence of real criminal activity caused by the program is scant. There was a shoplifting incident at Sapell's supermarket. In June, another kid was accused of trying to rob a Walgreens employee at knifepoint. He was expelled from the program. For an apartment complex full of 28 troubled teens, that's not a bad batting average.

But for a suburb struggling to stay afloat, such details were never the point. Police have been summoned to the building more than 160 times in the last nine months. Only a quarter of the incidents appear to involve teenagers -- ranging from loud music to fights to a pregnant girl having contractions. But these aren't exactly numbers that scream "asset to the neighborhood."

As the months passed, tensions between city and program mounted. The kids complained police were targeting them, treating them like suspects in any crime that might involve a black person. Lakewood's notoriously vigilant cops, in turn, were pissed that program staff once had the audacity to ask for a warrant when they arrived in search of suspects.

Finally, in February, Mayor Tom George lost patience. He wrote a letter to the president of Lutheran's board, claiming that police incidents in the area had more than doubled since the program moved in. He would "seek to have the program removed from Lakewood at the earliest possible time."

So far, he hasn't followed through on the threat. But he made his point. After witnessing what a few rowdy neighbors, petty crimes, and crumbling rental properties have done to other inner-ring suburbs, he's not about to let Lakewood become the next domino.

Problem is, he has no legal power to kick them out. So for now, both sides are at an impasse, struggling to patch wounds, prevent a media war, and improve neighborhood relations.

A few weeks ago, program coordinator Dwayne Jacobs attended a block meeting on Johnny's street, passing out his phone number and urging residents to call anytime, winning him kudos from neighbors.

Meanwhile, he and other staffers hope the kids start winning fans on their own.

Take the 20-year-old former foster kid from St. Clair, who's finishing up a job at Congressman Dennis Kucinich's office, planning to attend Tri-C in the fall, and preparing to start an internship in County Treasurer Jim Rokakis' office.

When he graduates from the program in August, he plans to stay in his adopted suburb. It's quiet, he explains, and peaceful.