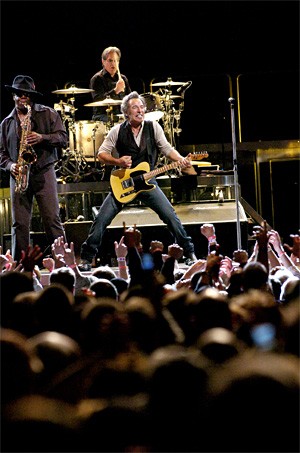 An all-star group of Cleveland nightlife pros has opened a new clubhouse, The Reddstone — and you're invited! "It's the best promoters in Cleveland, all doing one thing together," says Dan Cull, head of Gorilla Productions and former partner at Peabody's. "We're always out drinking, and we wanted our own place to hang out."

The club's other partners are Josh Kabat, Tyler Lombardo of Tydedown Productions, former Peabody's (in its Flats incarnation) owner John Michalak, and Rodney Rose of 252 Tattoo.

Located at 1261 West 76th Street, at the edge of Battery Park, the new bar takes over the former Snickers building. The famous patio and big second floor will open for special events. On the street level, the main room looks like a Victorian tavern (albeit with big-ass plasma screens). An antique carved-wood bar completes a warm decor of exposed brick walls, candlelit tables, and — as the name implies — a very red color scheme. The ambitious, spicy menu matches the hot tones — from soup to steaks. The jukebox is stocked with Kid Rock, Al Green, the Misfits, Thin Lizzy, and Hank Williams Jr.

The tavern is open seven days. Mellow happy hours are drawing everyone from neighborhood residents to students in hoodies. Fridays and Saturdays — when the bar stays open until 4 a.m. — are louder. Cull says the Reddstone will host some intimate live shows and that the owners are looking for an excuse — any excuse — to throw parties. "If there's a special event happening in Cleveland, we're going to have a crazy promotion to tie in with it," says Cull. "We're going to specialize in fun."

• Hardcore supergroup Whornz features former members of Don Austin, the Leftovers, Meathook, the Nimrods, the Professional Againsters, Mistletoe, and 16 other bands — though it's only a quintet! The scene veterans' vintage '80s hardcore sound is shot with a healthy dose of AC/DC-style rock. Catch the group of self-described "old, never-gonna-make-it losers" at Annabell's (784 West Market Street, Akron) on Friday, November 9.

• Author Dave Schwensen will sign copies of The Beatles in Cleveland on Saturday, November 10, from 2 to 4 p.m. at Parma's B. Dalton Booksellers (8041 West Ridgewood Drive, Parmatown Mall). The book collects facts, stories, and photos from the Fab Four's area concerts in 1964 and 1966.

• Cow-punks the Whiskey Daredevils have released — not filmed, but released — their first music video. Check out the clip for their twangy take on the Butthole Surfers' "The Shah Sleeps in Lee Harvey's Grave" on YouTube. It features 1959 footage from WRIO's Dave Sennett Dance Party. The group's new covers collection, The Whiskey Daredevils' Old Favorites, is now set for U.S. release at a Friday, December 7, Beachland Ballroom show.

• Visit blogs.clevescene.com for online-exclusive interviews with Warner, Masters of Luxury, and Euros Child.