U-God's solo album is only the latest in a series of Wu-Tang misfires. 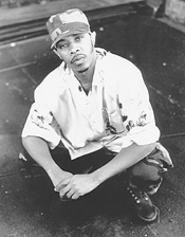 When the Wu-Tang Clan released its first single, 1993's "Protect Ya Neck," hardcore rap was associated almost exclusively with the West Coast. Dre, Snoop, and Cube were hip-hop's most notorious rappers, and Death Row Records head honcho Suge Knight (currently serving time) was still at large, overseeing the whole g-funk operation as if he were some sort of mafia boss. While the Wu-Tang Clan, a rag-tag posse of nine rappers from Staten Island with mysterious pseudonyms (the RZA, Genius/GZA, Ol' Dirty Bastard, Method Man, Raekwon the Chef, Ghostface Killa, U-God, Inspectah Deck, and Masta Killa), was just as interested in rapping about violence as its gangsta rap counterparts, it dealt more in martial arts lore and street knowledge than gang rivalries. Despite growing up in housing projects, Clan members didn't seem as gratuitous as their West Coast counterparts. With little in the way of radio airplay, the band's debut, 1994's Enter the Wu-Tang: 36 Chambers, became a cult item and ultimately paved the way for an East Coast hip-hop renaissance -- not that the group gets much credit. After all, the current hip-hop exhibit at the Rock Hall doesn't have any Wu-related memorabilia, and the Wu-Tang Clan hasn't won a Grammy.

"I don't really care about that shit," U-God (Lamont Hawkins) says via phone, when asked how he feels about being excluded from the Rock Hall. "They ain't going to respect us. Once we go out and start crushing heads and busting heads open, then they'll respect us. We have sold over four million records and haven't won a Grammy. We haven't won any awards. They're not going to respect us until somebody in the group dies, basically."

While the Wu-Tang Clan has been signed to a major label (Loud, a division of RCA) since '94, in order to preserve the members' individual identities, each has the freedom to record solo albums on other record labels. In fact, their deal is virtually unheard of in the record industry, where artists are generally tied to one label by restrictive contracts. That the Wu-Tang Clan was savvy enough early on in its career to understand that a traditional recording deal wouldn't serve its needs is a feat in itself. As a result, nearly every member of the group has released at least one solo album and collaborated with a variety of different artists. Hawkins, who just issued his first solo effort, Golden Arms Redemption, last month, is one of the last members to strike out on his own.

"Everything is always hard to make," he explains when asked about why it took him so long. "Painters take time, and it's hard to make certain things, you know what I mean? I put a lot of time and focus into the album. I didn't get no sun the whole fucking summer, because I was in the studio. I was just learning things. I'm the type of brother who likes to look before I jump into things. I like to observe what niggas do and what people do and shouldn't do. I don't have to do what they've done in the past. I know how to make my music a certain way. Whatever I have in my head, I can bring to my heart and out of my mouth now. My album is different, because I have a different style, sound, and a different ear. My style is my style."

While Hawkins might have worked diligently on Golden Arms Redemption, the album represents yet another sub-par Wu-related product. Songs like "Enter U-God," "Stay in Your Lane," and "Turbo Charge" have distinctive melodies -- their shaky string arrangements put together by the RZA have that distinctive Wu-Tang sound -- but there's a dearth of solid material on the disc. Hawkins brags about outdoing other MCs to a dull mix of beats on "Glide," and "Rumble," a collaboration with Method Man, Leatha Face, and Inspectah Deck, is a disappointment, consisting of a series of chest-beating howls that essentially amounts to little more than hot air.

"It means I bring earthquakes. I put earthquakes on wax. It's how I master my art," he says of "Rumble," adding that the song is not a reference to the world's end, a theme Method Man constantly explores. "Nah, I'm not thinking about no fucking apocalypse. My shit is about redemption, which means kill, breed, redeem."

The controlled insanity that comes out in Hawkins's answers is indicative of the way that the Wu-Tang Clan has spiraled out of control. The rap sheet on Ol' Dirty Bastard, for starters, includes battles with drug addiction and frequent drug-related arrests (he's currently going through rehab). Hawkins says he's tried to confront ODB about his problems, but "he's his own man." ODB isn't the only troublemaker in the group. After the Wu-Tang Clan dropped off a much-hyped tour with Rage Against the Machine in 1997, it faced a lawsuit after four members of the group allegedly beat an employee of Loud Records at a tour stop in Chicago. Members of the Wu-Tang Clan have apparently fallen into the trap that seems to afflict so many rappers -- they started acting out the hyper-violence depicted in songs like "Wu-Tang Clan Ain't Nuthin ta Fuck Wit." In addition, members were implicated in a gun ring operating between Staten Island and Steubenville, Ohio (so far, only the band's manager has been convicted of any crime -- he's serving 33 months behind bars).

Personal problems are just the beginning of the issues facing the Wu-Tang Clan. The proliferation of everything from solo albums to video games and comic books indicates the extent to which the group has flooded the market. Method Man has even confessed that he didn't know a Wu-Tang video game was out until someone asked him about it. ("He's on the road, so nobody should ask him that shit," Hawkins says. "He's always on the fucking road, so he doesn't know what the fuck is going on.") For a group that once waxed nostalgic about the simplicity of the past (see Enter the Wu-Tang's "Can It Be All So Simple"), the Wu-Tang Clan has spun a complex web of product that shows little in the way of quality control.

Early on, however, you could be guaranteed that the Wu-Tang stamp of approval was really a sign of excellence. RZA was the first one to record outside of the group, and his first project, the Gravediggaz, is one of hip-hop's more underrated entities. Featuring Prince Paul (De La Soul, Chris Rock), Stetsasonic's Fruitkwan, and Brothers Grimm's Poetic, the group's debut, 6 Feet Under, was the soundtrack to an unwritten ghetto horror movie. The first true solo effort by a member of the Wu-Tang Clan was Method Man's Tical, an album that had a menacing tone and established Method Man as the Clan's true star. Ol' Dirty Bastard's Return to the 36 Chambers: The Dirty Version (1995) succeeded on account of its twisted sense of humor, and solo albums released that same year by Raekwon and Genius also stayed true to the Wu-Tang aesthetic. All of which set the stage for the Wu-Tang Clan's second album, 1997's Wu-Tang Forever. Accompanied by an onslaught of media tie-ins (videos, in-stores, etc.), the album sold some 600,000 copies in its first week alone. A double album, Wu-Tang Forever could have been pared down to half its length. The Wu-Tang product hasn't slowed or gotten any better. This year's slew of albums is downright mindboggling -- Method Man (with Redman), RZA, Inspectah Deck, and Ol' Dirty Bastard have all released solo discs, and Hawkins maintains the group is preparing to release another Wu-Tang Clan disc next year.

"We getting that together as I'm speaking," he says. "Music is being formulated right now. Everybody gets their solo shit out of their blood, and it gets easier, because everybody did what they needed to do, and we can come back as a family. There's always competition, you know how it is, but we're still a family. That's why we do solo shit. Since we do get it out of our blood to go solo, we have the option to come back together again. And when we come back tighter, it's always greater, because everybody wants to see us together."

For his live show, Hawkins promises that he'll bring "raw energy" and make some "mad faces." He says he won't be rapping to a DAT but to "one of them new machines." And don't be surprised if you see Hawkins light up a blunt and bask in his own self-proclaimed, half-insane glory.

"We can smoke one of them thangs after the show," he confides. "One of them green fucking sticks. I know y'all got that shit growing up there in the mountains."