Reeling in the Years

The Tri-C JazzFest courts hip-hop in hopes of attracting a younger audience. 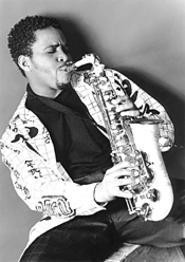 The show doesn't have star power, and even some of its key participants aren't sure what to expect. But "Groovin' High (and It Don't Stop)," slotted midway through the Tri-C JazzFest, could be key to the event's prolonged success -- and, its principals hope, a step forward in its musical evolution. If the show works, it will be a blast. If it doesn't, it will be a dud of merely academic interest.

"Groovin' High" will fill the stage of Tri-C's Metro Campus auditorium on April 15. There will be plenty of instruments. There will be soloing, turntabling, rapping, dancing. The question is, will there be an audience for a performance that blends hip-hop with jazz -- an honorable, rarefied genre with a dwindling market? Crossing upmarket jazz with street pop can be treacherous, and promoting it is particularly difficult. An alliance between Tri-C and the Rock and Roll Hall of Fame, a co-sponsor of "Groovin'," could make things easier.

It had better. Entering its 23rd season, the JazzFest is struggling to endear itself to a younger audience that would buoy it in the years to come. It needs to make "Groovin'" work.

"The point is to satisfy the different audiences of jazz, but also to lead people to experience new things," says Terri Pontremoli, JazzFest managing director. "In our grant, we cited the Langston Hughes centennial, which made the whole thing kind of cohere. We commissioned Wendell Logan to write a piece based on Hughes's poem 'Ask Your Mama,' and we're also doing 'Jazz Meets Hip-Hop,' sort of a look at poetry and the similarities between hip-hop poems and Langston Hughes, and their connections to jazz."

By making this connection, Pontremoli hopes to lure in some of the booming hip-hop demographic, which is among the largest in popular music. Santina Protopapa, a vibraphonist and Rock Hall staffer, was approached by Pontremoli to coordinate "Groovin' High," the name of which is borrowed from a Dizzy Gillespie tune.

"The music is going to be centered around jazz standards such as 'Groovin' High,' 'All Blues,' and 'Epistrophy,' and funk and fusion standards from the '70s that musicians have praised and are part of the hip-hop musical fabric," says Protopapa, who manages education programs for the Rock Hall, where she put together a hip-hop conference in 1999. "We had a wish list [of musicians] we asked to be involved, and one of the answers we heard repeatedly was 'Wow, this is something different, something fresh we'll be able to be a part of.'"

"It's going to be really good," says Verbal Math, whose real name is David McCullough. "What we get in the media is rap music, and rap music by itself has become a studio art form. The performance art form of hip-hop -- with the DJ and the MC -- is really improvisationally based. It's about getting onstage and feeling out the crowd and the other artists, and [it involves] a lot of listening skills. The same with jazz; the two will mesh really well."

What of the jazzers?

"I've worked with all the jazz musicians on the program before," says Jackie Warren, a classically trained pianist equally at home with rock and roll and rubato. "I think it's going to be really interesting. We had a meeting of the minds down at Tri-C. It was so cool, because there were all these vocalists and dancers and MCs and jazz musicians, all together in one room."

And bringing folks together -- regardless of age, race, or gender -- is what "Groovin'" is all about, not just for the sake of building stronger bonds within the local music community, but for the future of the JazzFest.

"Plan to be amazed," McCullough says. "There's a lot of colors we can use, a lot of stuff we can play with. I think we're actually going to be as surprised as anybody else with the final product."