Gorman Bechard eschewed the band's participation for Color Me Obsessed 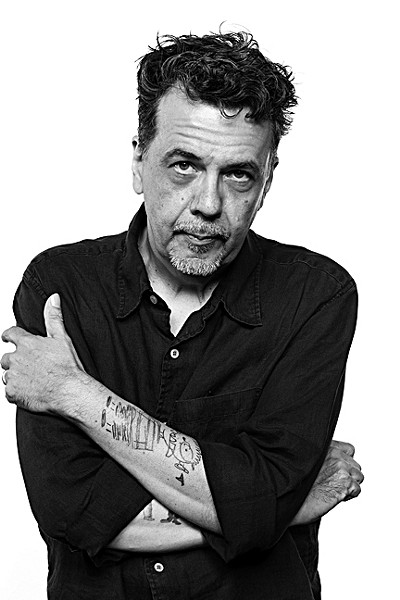 When director Gorman Bechard, who will introduce a screening of his 2011 Replacements documentary Color Me Obsessed at 6:30 p.m. Wednesday, Dec. 12 at the Rock and Roll Hall of Fame and Museum, first saw the Replacements in 1983 when they opened for R.E.M., he wasn't impressed.

"My girlfriend and I were right up against the stage, and the stage was literally pressing up against our chests," he says. "This band came out and the guitarist was wearing a dress, and they were drunk out of their minds. I had no idea who they were. No joke, they were the worst band I ever saw. We turned our backs on the band and folded our arms and ignored them through the whole show."

A few months later, Bechard's buddy at the local record store slipped him a 12-inch copy of the 'Mats single "I Will Dare," a track which featured a cameo by R.E.M. guitarist Peter Buck, and Bechard became a fan, not realizing it was the same group he had seen earlier that year.

"I made no connection that it was the godawful band I had just seen a few months earlier," he says. "But then [the Replacements'] Let it Be comes out and that pretty much changed everything. Rock 'n' roll in the mid-'70s was Elton John, the Eagles, and Billy Joel. It was terrible. Punk saved that. But by 1980 someone gave punk a synthesizer, and it became lame and became New Wave. Here was this amazing-sounding guitar record with songs that were so varied. You put on a Ramones album, and it's ten versions of the same song. With this [Replacements] album, you almost had ten bands on this album. The same band that did 'Answering Machine' did a Kiss cover and 'I Will Dare.'"

So when Bechard had the chance to take over Hansi Oppenheier's half-started documentary about the band, he jumped at the opportunity, and went out and interviewed some 145 musicians, critics and fans to ask them about the band. He didn't seek out the Replacements for interviews and didn't even want to use any of the band's music.

Currently available on DVD, the movie is a fascinating oral history that commences with the release of the band's first demo tape and concludes with its bitter breakup in 1991.

"There are people who have a problem with the lack of music in the film," says Bechard, adding that Rolling Stone magazine named the movie one of the 2011's best documentaries. "My argument is that this is a band whose first video is simply a stereo speaker. That was in 1985 and 1986, when MTV was at its height. R.E.M. embraced the format and became gazillionaires. The Replacements just did the Replacements thing."