Review of the Week: The Counselor 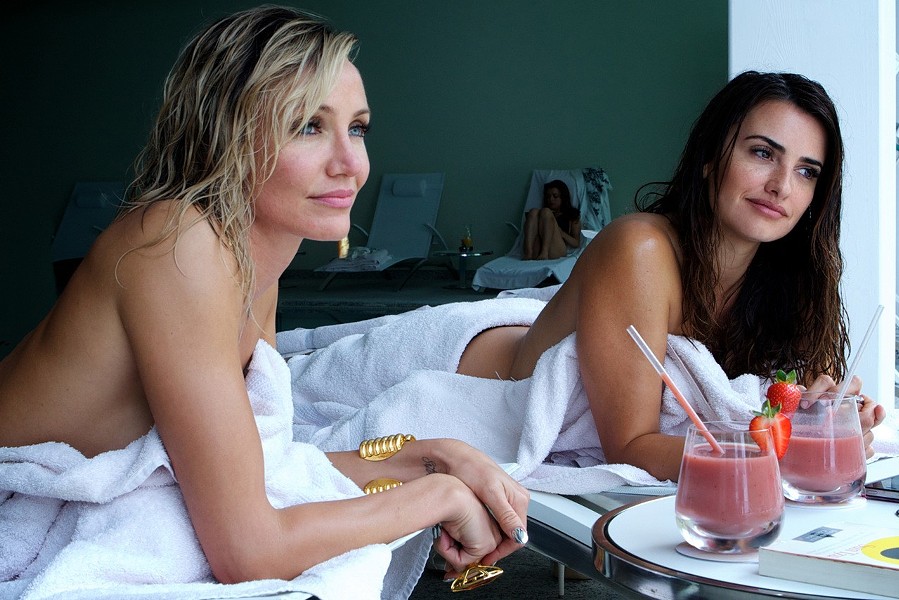 If you were excited by the trailers for the new drug-related drama thriller The Counselor — It's director Ridley Scott and star Michael Fassbender, reunited after a thrilling Prometheus success! It's Javier Bardem with sunglasses and a wacky haircut! It's Penelope Cruz, playing the damsel-in-distress-who-bites-her-lip-coquettishly for the first time in her life! It's Cameron Diaz with sunglasses and a wacky haircut! It's Brad Pitt with a cowboy hat and a wacky haircut! — I'm sorry to report that the film doesn't live up to the expectations you may or may not have set, even if those expectations were cautiously low.

The film fails in just about every metric we use to evaluate movies off the cuff: Was it an interesting story? Were the characters unique or compelling? Did it look cool? Even if it was sort of generic, were there some fun special effects? Was there a killer individual performance?

To all those questions: Not really.

The central flaw of the film, though, comes (surprisingly) at the hands of Cormac McCarthy, the manly-man novelist (author of No Country for Old Men, among others) who wrote a script so dripping with abstraction and philosophy that it often feels like we're watching half of a film, the half that ought to have been edited out. With a nonstop barrage of cameos, monologues and no prominent storyline, the movie is a narrative disaster.

We open on Michael Fassbender, "the counselor" who's namelessness serves no purpose other than frustration, tangled in the sheets of an El Paso bed with his soon-to-be fiance Laura (Penelope Cruz, biting her lip in limited screentime). Then we're introduced to Reiner (Javier Bardem) and his mistress-of-the-moment Malkina (Cameron Diaz, in the most cardboardy performance of her career) making martinis in the desert and watching their pet cheetahs run down jack rabbits and talking about truth and morality and sexuality and, you know, other practical matters.

The counselor gets caught up in some genre of criminal activity. Is he investing in a drug operation? Is he buying product himself? He's certainly talking about offshore accounts with a cowboy middle man played by Brad Pitt, whom you can almost hear saying "Whatever" before every line. Is he...what is the Counselor doing? And then he becomes the object of cartel hostilities for theoretically orchestrating the death of a motorcycle courier, which he did not.

Everyone tells him he should have seen this coming. And from the outset, the counselor is promised that shit will go wrong. He charges ahead regardless — Whyyyyy??? — and has the audacity to be surprised when the operation goes sour immediately.

Plus, everyone's talking about sex all the time for no apparent reason. The men keep trying to "figure out" women and allude to instances of graphic intercourse while the gore is festooned from the proverbial streetlamps and literal car parts. The film has an annoying hyper-macho lens.

McCarthy does have a novelist's touch for structure and imagery, even if line by line the script is a mess. There's a few aha moments and nice callbacks, and even some throwaway scenes that do nothing for the story but offer little kernels of pleasantness and succeed in a sort of theatery way. But you've got to feel sorry for the actors here. Especially Bardem, who pours out his soul trying to make these ridiculous exchanges feel like natural conversations.