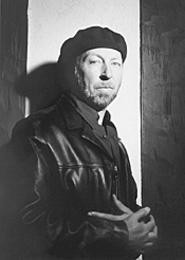 In a perfect world, as opposed to a Bizarro world in which rock critics are American idols, the release of a Richard Thompson album would be Big News, cause for celebration; instead, once more, it's a joyous whisper among cultists and the converted. Granted, he's an acquired taste, like absinthe and snails, but he's also worthy of the acclaim and adoration bestowed upon him by the sect since the '60s, when -- as founding member of Fairport Convention -- he proved a far more durable guitar god than Jimi Hendrix. Including his work with the band, with ex-wife Linda, and solo for two decades, his is the back catalog of greatness, a career of legend among the legions who adore his songs about getting women all wrong, making love all wrong, and screwing up just enough to keep from ever becoming more than a mass of messy mistakes.

Thompson's latest, The Old Kit Bag, plays like a greatest hits: It's long on short-on-love songs, the kind populated by couples undone by "Jealous Words," who find love's "First Breath" the most suffocating of all and realize destiny is what drives them apart, rather than holding them together. The Old Kit Bag, subtitled "unguents, fig leaves and tourniquets for the soul," is a withering and beguiling album -- unadorned by the Mitchell Froom maul-of-sound that dominated his '80s and '90s releases, on which Thompson is joined by a bare-bones ensemble consisting of bassist Danny Thompson, singer Judith Owen, and drummer Michael Jerome. It's as complicated as a tempestuous love affair and ultimately as rewarding, if only because Thompson is one of those musicians for whom heartbreak is the most satisfying emotion of all.