Monday, January 26, at the Beachland Ballroom. 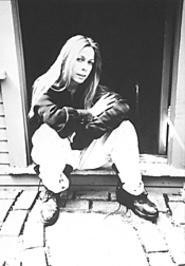 For a time in the late '90s, when Rickie Lee Jones was touring behind her trip-hop album Ghostyhead, the Chicago-born singer-songwriter refused to play anything from her lengthy back catalog. You almost sympathize with Jones's urge to abandon her legacy, because its remarkable moments have been neglected by a record-buying public (no surprise there; Jones's clenched-jaw phrasing and torchy wail automatically alienate even those who gobble up Sarah McLachlan and Sheryl Crow) and a music press whose job, in part, is to chronicle great artists even through their meandering.

Jones's best albums feel like dog-eared tour maps through her fanciful psyche, composed in equal parts of barroom balladeer and graffiti artist scribbling weird poetry under the overpass at night. The Magazine was a Laura Nyro-style suite about love games and drug lifestyles; the Walter Becker-produced Flying Cowboys was the album-equivalent of a Gus Van Sant movie, dusty and peopled with dreamers riding toward a flat horizon, accompanied by Jones's buoyant or mournful melodies. While not a chatty stage performer, she's that rare musician who's actually better live. Her voice is fuller and richer, her piano and guitar more nimble and expressive . . . and her dismissal by critics all the more baffling.