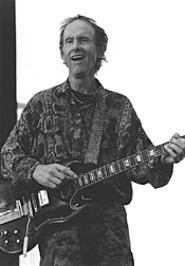 Three area acts have landed gigs on big-time concert bills, positioning themselves for a breakout summer.

Riding the early success of their latest album, The Impossibility of Reason, Chimaira has been added to the Ozzfest second stage. The band will kick off a month of dates on the tour in Vancouver on July 31 -- a week after the Ozzfest show at Blossom. Chimaira's current tour with In Flames and Soilwork hits the Agora on Saturday, July 5. All the roadwork seems to be paying off: Last week, Chimaira topped four different metal radio charts, taking the No. 1 slot on R&R's Rock Specialty Chart, both CMJ's Loud Rock and Crucial Spins charts, and FMQB's Metal Detector.

Cleveland hardcore favorites Victory Flag have also landed a spot on a major package tour: The band will take part in the Cleveland date of the Warped Tour, slated for Tower City Amphitheater on August 5. As Around Hear reported previously, fellow Cleveland hardcore pugilists Allergic to Whores are also on the Warped tour, playing a handful of shows in the Midwest.

Akron's ultra-abrasive Sofa King Killer has booked a slew of gigs with West Coast noisecore heavyweights 16. The band hits the road to Detroit this week for a show on its own, then meets up with 16 on July 4 in Seattle; from there the two bands will start a run of gigs together lasting nearly three weeks. In other SKK news, the group has contributed a cut to Underdogma Records' forthcoming Lynyrd Skynyrd tribute album, which is due out later this year.

· Cleveland hard-rockers Gatlin recently became the first local group to chart on 92.3 FM Xtreme Radio. Last Monday, the band hit No. 8 on the station's "Top Ten at 10 P.M." with its single "Reflection." The song entered Xtreme Radio rotation on June 10, making Gatlin only the second unsigned band to earn the honor.

· Cleveland bubblegum pop punksters the Beatnik Termites are returning to town for the first time in years, for a July 10 show at Pat's in the Flats. The band relocated to Baltimore at the end of the '90s (the move made sense: The group's surf-infatuated style belongs closer to the ocean); it's back in support of its recently released album, Girl Crazy, on Insubordination Records.

· The Second City Cleveland comedy troupe is seeking local music submissions to be used for upcoming performances and played before and after shows, as well as during intermissions. Uptempo rock and hip-hop are preferred, though bands of all stripes are encouraged to mail demos to Second City Cleveland, ATTN: Chad Krueger, Music Director, 2037 East 14th Street, Cleveland 44115-1704.

· WRUW is seeking local music submissions for this year's Studio-a-Rama, the Case Western Reserve station's annual outdoor concert that showcases a mix of regional and national acts. It's one of the best music events of the summer. Deadline for entries is July 1. Send your materials to WRUW-FM c/o Studio-a-Rama, 11220 Bellflower Road, Cleveland 44106.