Heath Ledger brings an Aussie outlaw to life, sanitized for the screen. 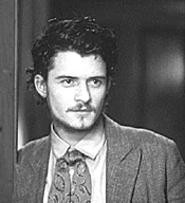 Nineteenth-century Irish-Australian folk hero Ned Kelly may be little known in America, but in his own country he is a legend, a cross between Bonnie and Clyde and Robin Hood. Born outside Melbourne to poor Irish Catholic immigrants, he was branded an outlaw by the Protestant English establishment that controlled the new colony as firmly as its counterpart ruled Britain. Admittedly mixing fact and fiction, Ned Kelly suggests that its handsome young hero had no choice but to become the criminal the authorities declared him to be.

Based on the book Our Sunshine by Robert Drewe -- the screenplay is by John Michael McDonagh -- and directed by Gregor Jordan (the dreadful Buffalo Soldiers), the film is an impressive-looking, somewhat formal, unavoidably downbeat rendition of the young rebel's short life (he was hanged at 25). Although the plot unfolds in unusually predictable fashion (not because audiences know the tale, but because it's all so obvious), the film proves nonetheless engaging, thanks in large measure to the appeal of Ledger and such co-stars as Orlando Bloom.

The opening scene is a dreamy, slow-motion image of a young Ned, no more than 10 or 11 years old, diving into a lake to save a drowning boy. The story then jumps forward half a dozen years to 1871. Now a strapping teenager, Ned is falsely accused of stealing a horse and sentenced to three years in prison. The fact that his late father had been in trouble with the law didn't endear him to the local colonial authorities, but it was his working-class, Irish Catholic roots that accounted for much of the prejudice against him. English and Irish alike may have traveled halfway around the world in search of a better life, but they brought their old hatreds and animosities with them.

Even after his release, the cops won't leave Ned alone. When additional trumped-up charges are leveled against him, he flees into the Australian bush with his brother Dan (Laurence Kinlan), and friends Joe Byrne (Bloom, who seems to be everywhere onscreen these days, but has yet to outwear his welcome) and Steve Hart (Philip Barantini). The police follow, and soon three officers lay dead. A bounty is placed on Ned's head, and a dogged police superintendent, Francis Hare (Geoffrey Rush), is brought in to track him down.

As in Butch Cassidy and the Sundance Kid (but without its humor), the bulk of the film is the pursuit of the Kelly Gang, who rob a couple of banks along the way, keeping some of the money for themselves and distributing the rest to the poor. Portrayed as a monster by English-controlled newspapers of the day, Ned was considered a hero by the people, lauded for standing up to the English oppressors.

The film's relentless march to its foregone conclusion is softened somewhat by the camaraderie that binds the gang's members to one another and by the beautiful, if melancholy, sweep of the Australian frontier. A fictional and completely unconvincing love story is thrown in, with the brilliant Naomi Watts, here horribly miscast, as the love interest. Undoubtedly intended to break up the action and provide the hero with some romance, it's an unnecessary diversion, and the film grinds to a halt every time the two characters are together. The best scenes in the film, in fact, are the old-fashioned, western-style shoot-'em-ups.

Ledger, so good in Monster's Ball but poorly used in far too many other films, makes a sympathetic and attractive hero. Totally believable as an honest and moral man who is forced into a life of crime, he gives the film its solid center (how historically accurate a portrait he provides is another question).

The film itself is an odd mixture of stereotypical elements that work despite their predictability. Ned Kelly is too good, too noble, too moral to be true -- but isn't that how we want our heroes to be? Oliver Stapleton's wide-screen cinematography captures the stark beauty and endless space of the land down under, although the burnished, desaturated vistas are almost disconcertingly what one would expect to see. Similarly, the lilting, Celtic-tinged music captures both the sweetness and hardship of the characters' lives, even as the sometimes wall-to-wall score feels intrusive and out of place.

There is no doubt but that the filmmakers have consciously chosen to present a sanitized, idealized version of their protagonist. Psychological complexity and subtlety are not part of the equation, but if you can accept that, then Ned Kelly proves an engaging and even inspiring little film. In fact, given the portrait it presents, the filmmakers might well have considered borrowing the title of an old John Garfield melodrama for their film: They Made Me a Criminal.