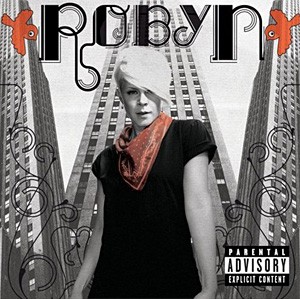 Way back in 1996, Robyn reached the Top 10 with "Do You Know (What It Takes)." She followed it up a year later with another big hit, "Show Me Love." Then she disappeared. This comeback album by the thin-voiced but spunky singer, who's now 28, was originally released three years ago in her native Sweden, and it remakes Robyn into many things — a hip-hop robot, a new-wave diva, and a bubbling pop machine, among them. Most of Robyn's songs crib their spare synth riffs and beeping beats from '80s club jams, while the hooks were most likely picked up during Robyn's tenure with pop mastermind Max Martin back in the day. Best: the bitchy smackdown "Handle Me" and "Be Mine!," which sounds exactly like one of those $18 videos MTV used to show in 1982. It's slick, sexy pop, crammed with songs about robot boys and bionic women. You know, like Robyn.