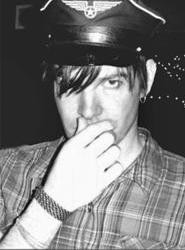 You can't choose your audience the way you choose a set list.

One moment you're catering to a cult following of cool, like-minded fans. The next, you're playing for the dudes who beat you up in high school.

Nobody knows this better than Dandy Warhols singer-guitarist Courtney Taylor, who penned the snide 2000 hit "Bohemian Like You."

"That attracted a lot of the people that I just fucking hate," says Taylor. "People I thought I was making a band to protect my people from."

Getting love from a crowd of frat boys wearing baseball caps -- "many of them backwards," Taylor notes -- nearly broke up the band. Fortunately, pop adoration is fickle.

"[Now] magazines with Ashton Kutcher on the cover are fucking saying our records suck and hating on us," Taylor laughs. "We thought, 'This could actually make the kind of people that we want to be interested in us, interested in us.'"

Of course, there was a bright side to flash stardom: "We made the dough, and we made it through," Taylor says. "We all own houses and own our studio and complete production facility."