Rufus Wainwright's latest is everything a fan could Want. 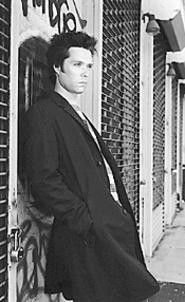 Rufus Wainwright is in many ways a musical anachronism, a striking pop star in an alternate universe where gentlemen in powdered wigs still court dainty maidens against a background of quivering string quartets. The warm, classical piano driving his 1998 self-titled debut and the elegiac, Broadway-style folk of 2001's Poses had about as much in common with Wainwright's pop contemporaries as NPR does with TRL.

Yet the Montreal-raised Wainwright constructs his elaborate works in the context of the modern music industry, where big-business purchases and the bling of the bottom line often matter more than originality. In fact, conglomerate Universal recently bought his label, DreamWorks, and folded it into Interscope -- meaning that the 30-year-old is now a labelmate of Limp Bizkit and Eminem. Nevertheless, the way Wainwright explains recording 2003's Want One -- his last disc for DreamWorks before the label's sale, and third overall -- finds him immersed in his own inner orchestra, as usual.

"I definitely pulled out all the stops for this baby," Wainwright says. "Especially now that my record company has dissipated, it was really like a swan song to being able to get every kind of sound and every kind of drummer and harmony part that I wanted. It was all very fortuitous and very timely. Something happened -- it was a last spurt of creative juice on many counts.

"I feel that my two previous records were really made in another era, when time wasn't so much of the essence and wasn't so precious. Considering what happened on 9-11, I really felt like going into the studio with this album; there was a real sense of urgency and importance that it just be released and that people enjoy it."

Wainwright's use of such terms to describe One is a strange way to convey its sonic lushness, which unfolds with the eternal riches and perpetual good fortune of a pre-downfall Jay Gatsby. "Oh What a World" is a fireworks-laden grand finale: Trombones stomp like elephants, and stacked layers of harmonies crescendo straight into strings majestically playing Ravel's "Bolero." Elsewhere, Wainwright does his best Harry Connick Jr. jazzman impression with "Harvester of Hearts," matches pizzicato thrumming with velvety, vibrato-filled tenor on "Vibrate," and commands explosions of rock guitar to soar over "Go or Go Ahead" -- which also features programming from producer Marius deVries.

"We both instantly recognized that both of us had something to offer to each other," Wainwright says about working with deVries, a past collaborator of Björk and Madonna. "We're mutually excited by each other's quirks and differences . . . I had never really had that experience before with other producers. I usually found them trying to box me in and make me more marketable and stuff, and Marius had no qualms with my operatic instincts."

Born to folk legends Loudon Wainwright III and Kate McGarrigle, Wainwright honed this adoration of opera in his teens while touring with his mother, aunt Anna, and sister Martha in the McGarrigle Sisters and Family band. Growing up in the spotlight might cause others to become guarded, but Wainwright is often a candid interviewee, talking frankly about everything from his dabblings with drugs to his homosexuality. The same candor translates to biting lyrical resonance on One's emotional bloodletting -- "Dinner at Eight," written after an argument with his father, asks, "Why is it so/That I've always been the one who must go . . . When in fact you were the one/Long ago, actually, in the drifting white snow/Who left me?"

"I really do believe that most of my songs, though very personal, are in the end pretty positive and pretty hopeful," Wainwright says. "I have always loved the work of Jeff Buckley and the work of Elliott Smith and the work of Kurt Cobain, but I swear to God, you could hear it in their music that they were going to kill themselves. Or that there was doom lurking. And I don't really feel like that exists in my songwriting. I just feel that it's a more hopeful vibe that I create, and therefore I enjoy singing them."

Indeed, even a Poses song dedicated to addictions, "Cigarette and Chocolate Milk" ("These are just a couple of my cravings"), softens the image of the deadly nicotine vice with the contrasting childhood comfort food. But what's more remarkable about Wainwright's ability to extract and highlight hope is that he created many of these songs while mired in some serious downward spirals of his own -- namely, his battles with drugs like crystal meth, which resulted in a rehab stint before the recording of One.

The outcome was sessions that produced not one but two albums -- One and its still-unreleased sequel, Want Two. Despite the label turmoil, Wainwright is determined to unleash Two in 2004, for reasons both personal ("I want to get it released before the election, only because there are certain songs on the record that pertain to the political situation right now," he laughs) and aesthetic.

"One of the interesting things with Marius, actually -- though he did an incredible job in producing Want One, I haven't really used him yet for what he's famous for," he says. "One of the albums of his that I adore the most -- it's one of my all-time favorite albums -- is Debut, by Björk, which he did a lot of work on. I've made enough records and enough tracks that people know that I'm respectable as an artist. I'd like to maybe try and pop-ify a couple of my numbers, just to maybe seek out radio a little more, with Want Two."

Still, his ambitions match the expansive, left-of-center nature of his current tunes. Wainwright talks of writing an opera, doing some "smaller records -- solo piano, voice, [or] maybe a French record," writing for musical theater, and perhaps even expanding on an acting career that began with a role in Martin Scorsese's upcoming The Aviator. For all of Wainwright's loving adaptation and modernization of the past, his future has never seemed so free of artistic constraints.

"What happened is that the people who have gravitated toward me and who are fans are really rock-solid in their adoration," he says. "My success . . . is really entrenched, and even though my fan base might not be as big, they're able to weather that storm a lot better. I'm still here," he laughs. "Like a little leaf that won't blow off the tree or something."