Dan Savage airs his sins in a Borders near you. 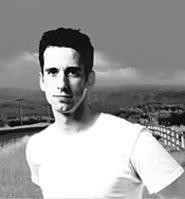 There's something about the Seven Deadly Sins that brings out the best in artists. Kevin Spacey, Brad Pitt, and Gwyneth Paltrow's head made a hell of a movie based on the wicked septet. Kurt Weill composed a stirring ballet about them. And now writer Dan Savage has written a hilarious book, Skipping Towards Gomorrah, in which he explores American life as a sinner.

Savage conceived of Skipping Towards Gomorrah (subtitled The Seven Deadly Sins and the Pursuit of Happiness in America) after reading Slouching Towards Gomorrah, Supreme Court reject Robert Bork's 1997 attack on liberalism. "He wrote that Americans shouldn't be free to choose which virtues to practice or not practice," Savage says. "I wanted to come to the defense of all the people I knew to be virtuous who were engaging in things that Robert Bork believed to be sinful."

Savage set off to commit the Seven Deadly Sins on a road trip across America. He gambled in Las Vegas (greed). He hung out with swingers (lust). He attended a fat-acceptance conference (gluttony). He smoked pot (sloth). He fired a gun in Texas (anger). He went to an ultra-exclusive spa (envy). And he took part in a gay-pride parade (well, pride).

Along the way, he learned that "everywhere you go, you're in Gomorrah," he says. "Wherever you are, you can choose to sin or not sin. In New York, you can order prostitutes up to your hotel room without much difficulty, but there's also a church on every corner."

"The right has made the debate that you're either sober or you're a heroin addict. The vast majority of us know that there's a huge space in between [sobriety] and heroin addiction. And that's where most of us are."