The comprehensive, brick-heavy What'd I Say chronicles the rise of one of America's most influential record labels. 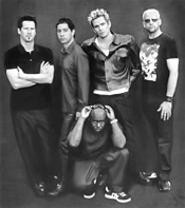 What'd I Say: The Atlantic Story, 50 Years of Music is not your typical rock book. It's big, self-indulgent, and self-serving. But for anecdotes and pictures (the copious photographs are knockouts), Ahmet Ertegun's valentine to himself and his Atlantic label is a keeper. If you can lift it.

Getting a handle on this book isn't easy. For one, it's expensive (though Amazon sells it at 30 percent off, it'll still set you back more than 50 bucks). For another, it probably weighs 10 pounds, so reading it requires a lectern. It's the quintessential coffee-table book. It could even pass for a coffee table.

But while it may be unwieldy and hardly objective, What'd I Say succeeds in illuminating the worlds of rock and roll and, to a lesser extent, jazz. Rock is often dismissed as either a field of dreams or one of depravity. Here, it's treated as theater and business. On the jazz side, it's clear that neither Ertegun nor his jazzbo brother Nesuhi, who signed Ornette Coleman and recorded some of the best Coltrane, Mingus, Hank Crawford, and Rahsaan Roland Kirk, would have entered the business if not for the love of it.

"Making records was something I'd wanted to do ever since I was a young kid," writes Ertegun, the son of a Turkish diplomat. "Finally, when I was 14 years old, my mother bought me a record-cutting machine, which was more than a toy; it was an amateur recording machine, which cut acetate discs. I had an instrumental recording by Cootie Williams of 'West End Blues' to which I wrote some lyrics. I put the instrumental version on a Magnavox record player, turned on the recording machine, and sang my lyrics into the microphone with the record playing behind me. That was my first experience with overdubbing."

Sixty-four years later, Ertegun remains the chairman of the label he launched with Herb Abramson and a $10,000 loan from Ertegun's dentist. In the six decades that Ertegun has helmed Atlantic, the label has exerted a profound influence on shaping the face of popular rock and jazz.

"I started trying to get a Southern sound in a Northern city, with sophisticated artists who looked down on the primitive music called the blues," Ertegun once said. "I wrote songs that forced them to make records we could sell to a black audience. Black audiences look for soul in music and a certain kind of magic and beauty that they perceive."

This magic and beauty has been manifested in many an Atlantic artist over the years, from Otis Redding to Ray Charles. Indeed, it is from a song by the latter that this book takes its name. Not only does that 1959 recording embody the secular gospel Atlantic refashioned as rhythm 'n' blues in the '50s and '60s; it attests to the relaxed, casual culture Ahmet and Nesuhi developed at their Manhattan headquarters.

This comes through loud and clear in the longer Ertegun narratives. Although he has slowed down -- he'll be 79 next July 31 -- Ahmet Ertegun is famous for partying longer and harder than all but the hardiest of his charges. His lieutenants -- early conscript Jerry Wexler, who turned Aretha Franklin into the best soul singer of the '60s, but couldn't do the same for Cher; Arif Mardin, a gifted writer who modernized the Bee Gees for disco and released several of his own spirited jazz albums -- get their props, but they're secondary. Everyone is, it seems, to Ertegun and his infatuation with music.

"You see his eyes light up, he has such a passion for the music," Sugar Ray's Mark McGrath says. "I mean, you're talking about a guy who gets medals for being the Man of the Year in France, but he still cares about what the fifth song on a Sugar Ray record's gonna be. He's just indefatigable -- he did about a million interviews today and a million interviews yesterday. I do three and start complaining and crying, sort of."

Ertegun's been maintaining this fevered pace ever since he almost persuaded Lionel Hampton to invest $15,000 in starting a record company in the mid-'40s. If the legendary vibist had given the nod, Atlantic might been called Hamp-Tone Records. (Atlantic also might have recorded Elvis Presley, if Colonel Tom Parker had sold Elvis's contract to Ertegun for $25,000; instead, Parker went for RCA's $35,000.) This part of the story centers on Hampton's wife:

"She held all of Lionel's money, and if anything, looked after him a little too tightly," Ertegun writes. "As a result, however, Lionel is rich today, but Gladys was always a very tough lady. She had a boyfriend who was a saxophone player, the only white guy in Hampton's band. So Gladys and this white saxophone player used to share the star dressing room while Hampton would be in a small room next door. We went to the New York theatre he was playing in that week to settle the final details of the deal. He walked up to the dressing room with the big star on the door, knocked and went in while I waited outside in the corridor. It quickly became apparent that the walls in this particular theatre must have been extremely thin, because I soon began to hear raised voices, mainly Lionel's wife screaming, 'You're what? You're going to give this kid how much? You're going to give our money to this little jerk who's never worked a day in his life?!' So that was the end of that. Not so long ago Lionel came to see me, walked around the Atlantic offices and said, 'To think -- all of this could have been mine.'"

Now, a lot of the label is Ertegun's, though far more belongs to AOL Time Warner. And even though What'd I Say tilts heavily toward Atlantic's early, paradigmatic success with everyone from the Drifters to Genesis, it also covers the '80s and '90s, by which time rock -- and Atlantic -- had become corporate. Stories of Jewel, Hootie & the Blowfish, and Timbaland aren't as compelling as the earlier material, but they do attest to the ongoing power of a label that, largely due to the stylish and inventive Ertegun, has never lost its cachet. Or its excess.