Hope Academies and the teachers' union are locked in a very public war. 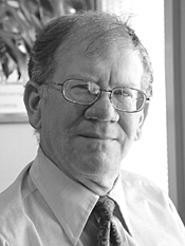 The ad, part of a high-risk battle for students unfolding between Hope Academy charter schools and the teachers' union, ran in a nine-page supplement in the Cleveland Challenger, a free tabloid distributed largely in African-American neighborhoods. Packed with screeching headlines and racial innuendo, the supplement is a double-barreled attack that accuses the Cleveland school district and its teachers' union of nefarious plots to deceive parents, hoard children, and protect teachers' jobs at all costs. "These two Cleveland Teachers Union leaders don't think Cleveland parents are smart enough to choose the best education for their children," reads one banner headline.

On the bottom of the same page is a large photo of a smiling Bob Townsend, president of the board for Hope Academies. But now he's backpedaling. "The ad didn't criticize the union," says Townsend in an interview. "We're not going on a war with the union. It's all about the kids."

Whether Townsend wants it or not, the war is on.

The state's charter-school program, created by the Republican-controlled legislature in 1997, may be the most controversial topic in Ohio education. About $200 million in state and local tax money followed students into privately run charter schools last year, but that funding has not purchased results: In many cases, charter-school students' test scores have lagged far behind those of their traditional public school counterparts.

In September, the Cleveland teachers' union sent a letter to the parents of Hope's students, arguing that Hope Academies cannot compete with Cleveland's broad curriculum, modern computers, and, of course, experienced teachers. "Excellent teaching and computer technology for your child should not be sacrificed for the sake of corporate profits," said the letter. The union also criticized Hope Academies' poor academic performance. "To be blunt, the HOPE Academies are not good schools."

Moreover, 49 percent of Cleveland schools' sixth graders passed the reading test, and 35 percent succeeded in math. Those are not impressive numbers -- unless compared to Hope's, where only 18 percent were proficient in reading and 5 percent in math.

Hope returned fire in November with its supplement in the Challenger. The ads look suspiciously like the work of Challenger publisher Eric Brewer. A former advisor to Mayor Mike White, Brewer has a history of race-baiting. In the past, he's produced fliers calling a black councilman an Uncle Tom and a white councilman a segregationist ("Hit Man for Hire," April 12, 2001). Brewer says he had nothing to do with the ads, though he declined to be interviewed.

Much of the supplement quotes DeColibus's monthly postings on the union's website. In one, DeColibus criticizes the school district's plan to promote failing students to the next grade, provided they participate in remedial classes during the summer or after school. The problem, DeColibus says, is that most Cleveland schools do not offer such classes. Hope's ad includes DeColibus's statement verbatim, but makes it appear as though the union leader endorsed the scheme.

"They have to put it in the right context," DeColibus says. The district's plan "was a sham, and we're absolutely against it."

Hope's supplement, which is labeled "SPECIAL REPORT!!!" in a large red banner, also blasts the union for putting money before education. "The Cleveland Teachers Union has launched a $70,000 attack campaign against Hope Academy, the state's largest public charter school operator. 'Why?' The answer is simple. Money!"

While Hope and the district trade accusations of money-grubbing, there is considerable funding at stake for both sides. When a student transfers from a Cleveland public school to a Hope academy, the district loses $5,000 in aid from the Ohio Department of Education. That money now goes to Hope, which will receive $16 million from the state in fiscal year 2004.

Then again, corporations prefer profits to losses. If the teachers' union can convince enough parents to remove their kids from Hope schools and bring them back to the district, it could put a serious crimp in Hope's revenues.

There's also the risk that the ads could backfire on both sides. The union's campaign could give parents the impression that it's trying to sabotage a legitimate alternative to Cleveland schools, which have a long history of failure. "Public education has been in existence for 150 years in Cleveland, and it's well known they've had some problems," says Townsend. "We've only had kids for a year or two. Where do you expect us to start? We're starting from the beginning."

The danger for Hope is that its campaign may only draw further attention to charter schools, a vaunted experiment that, at least in Hope's case, has been an abysmal failure thus far. DeColibus believes the union campaign is already "hurting Hope's market shares. They needed a way to discredit us, and they grasped at whatever straw they could find."

Hope recently eased back on the race-baiting. It now pays the Challenger to run a mild, one-page ad every week, with the headline "Choice in Education. A powerful concept in our community." Its radio ad, which features an African-American couple discussing their son's progress at a Hope school, takes a subtle swipe at the district. "The old school didn't involve us in the process," says the mother, never mentioning that the old school was most likely a Cleveland public school.

After losing the ad war for half a year, Hope Academies' newfound decorum seems to imply that the company just wants to sign a peace treaty. "Let's not fight each other," Townsend says. "Let's fight ignorance."

But the union shows no sign of backing off. It plans to send another round of letters this spring and make a larger advertising push to convince Hope parents to switch back to Cleveland public schools.

"If we put the information out there that these are bad schools, parents can make an intelligent decision," DeColibus says.