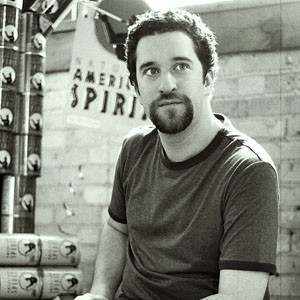 Dustin Diamond, who played Screech on Saved by the Bell, realizes he’s in the running as one of 2007’s biggest dicks. First, he appeared in an infamous sex tape that culminated in a feces-equipped move called the Dirty Sanchez. Then he acted like a complete jackass on VH1’s weight-busting Celebrity Fit Club. “People don’t realize how much editing [there was] on there,” says Diamond, who’s now on the road as a stand-up comedian. “The [producers] said, ‘Come in and share your ideas on why you think diets are bogus.’ But when I got there, all of the panelists started ripping into me, and everyone’s acting like they didn’t know.”

It all comes down to hypocrisy, says Diamond. “Life’s like an extension of high school,” he says. “I should know. I played a guy that spent 10 years in high school.” Yet, he managed to shed 30 pounds on the TV show, and his team snagged the top prize. As for the notorious sex tape, Diamond claims it was released without his permission. Still, he makes no apologies for its content. Not so surprisingly, Diamond’s stand-up show can get a bit on the rough side. “Dirty just makes me laugh,” he says. “Some people say I work blue. I like to think I work brown.”
Sept. 25-26, 8 p.m., 2007