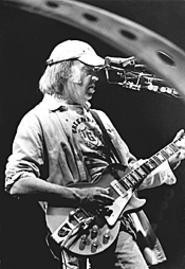 From the 1970s through the early '90s, Marty Himmel ran the Boarding House, one of Cleveland's premier jazz clubs. Now his son, Andy, is continuing the tradition, partnering with his father to present Boulevard Blue, an intimate new jazz club and restaurant near Shaker Square.

"It's a nice alternative to what you're seeing in Cleveland," says Andy. "People are saying that it has that big-city feel, very New York, very Chicago."

Boulevard Blue (12718 Larchmere Boulevard) was slated to open last summer, but then the roof of the 1920s-era building collapsed. A new structure was built in its place, incorporating bricks from the old building. Now a glass facade lets in light, and plenty of illumination spills from an open kitchen into the close-but-not-cramped seating area.

One of few Shaker Square-area clubs that will be open late on weeknights, Boulevard Blue will host local jazz and blues musicians Thursdays through Saturdays. Artists so far have included traditional acts like the Eric Gould Trio and the new-age funk project Lamar Gaines & Just Us Unlimited.

"We're trying to do more upbeat jazz," says Himmel. "I'm not a big fan of background music. We usually have at least a trio. For the dinner crowd, when they come in, the first thing I want them to see is the music."

· A benefit will be held for Cleveland drummer Tommy Amato, who is battling cancer, on Sunday, March 28, at the Agora Theatre (5000 Euclid Avenue). Artists appearing will include Michael Stanley, Butch Armstrong, Beau Coup, and Dave's Planet. The music marathon begins at 3 p.m. with live performances, canned classic rock, and a silent auction of rare rock goodies.

· The Brave Words and Bloody Knuckles Six-Pack Weekend has grown into a 30-pack and four days. The fest kicks off Wednesday, June 2, with a Cleveland Metal Night that includes grinders Keelhaul, stoner-rockers Red Giant, and metalcore phenoms 13 Faces. Thursday, June 3, will be Auburn Records' 20th anniversary show, featuring reunited legends from the '80s, including Destructor and Purgatory. Other nights will showcase the only North American appearance by Cleveland's legendary Shok Paris, the first American gig by Shadowkeep, and a set by early '90s Swedish death-metalers Dismember.

· Recording and touring the nation as Fat Amy failed to make Bob Guiney a household name -- go figure -- but he has captured some national attention with a band featuring former members of '90s alterna-one-hit-wonders Sponge and the Verve Pipe. Guiney et al. will perform a stripped-down set at 8 p.m. Monday, March 22, at the Cleveland Heights Borders (Severance Town Center, 3466 Mayfield Road).

· After over 30 years of dominating the airwaves and Billboard charts, Pink Floyds Dark Side of the Moon has been ruled unfit for broadcast. WNCX 98.5 planned to play the warhorse in its entirety Friday, March 19, to celebrate its selection by listeners as the greatest classic rock album, but was unable to because a lyric from the song money violated recent revisions regarding indecent broadcast material. More information and links to contact your elected officials are at http://wncx.com.