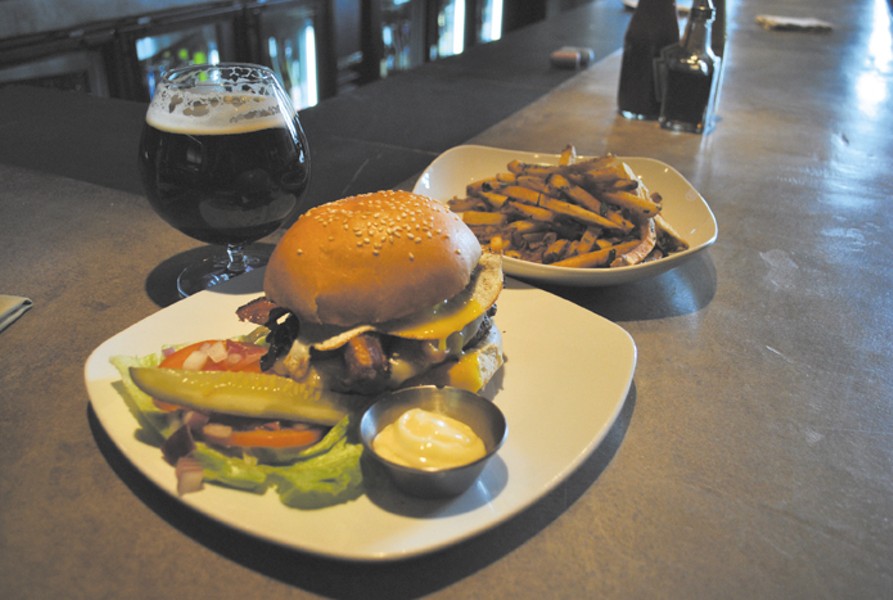 With five restaurants and counting, chef Shawn Monday and business partner Michael Schwartz are enjoying a long and fruitful relationship. The two met while Monday was cooking at Hudson's Downtown 140 and Schwartz sat down for dinner with his family. "We had a blast that night and Michael invited me to go golfing with him the next day," says Monday. "Over the next five years we kept in contact and he'd ask me to work with him on various projects. At the time, I was happy with the accolades we were getting and the food we were putting out at Downtown 140, so I wasn't ready to move."

Up through 2002, Schwartz had been designing and running many of the nightclubs in the Warehouse District. As the economy took a turn for the worse, he was hoping to move in a different direction. "I was good at the financial side and designing places, but I didn't know food," says Schwartz. "I had fallen in love with Shawn's cooking, but to be honest, I'd been trying to do something with him forever and kind of thought it wasn't going to happen. Then Shawn called me out of the blue one day and said he was ready." Schwartz knew that Hudson's Vue was going to be closing soon, so when Shawn called him, he got on the phone and secured a lease.

Under the pair's direction, Vue was transformed into their first restaurant venture, One Red Door, which features fine dining in a casual atmosphere. "The space was huge, so we put up a dividing wall and started to brainstorm what we could do with the other side," says Schwartz. "We both mentioned that we loved a good cheeseburger after golfing, so we decided to do burgers and name it Flip Side."

Since then the pair have expanded further, adding 3 Palms, a Neapolitan-style pizzeria in Hudson, and additional Flip Side locations in Chagrin Falls and Easton Town Center in Columbus. Regardless the restaurant, Monday says every menu is guided by the same principal. "Every single item on every menu has to be made in-house, from scratch, with quality ingredients," he says. "That's what I've been taught over the years and that's something I'll never change. It's all I know."

It's a principal that's clearly working. Monday and Schwartz currently are breaking ground on a fourth Flip Side location, this one in Phase II of the Flats East Bank. In addition to their usual burger offerings, Monday says he plans to put a strong emphasis on weekend brunch, featuring items such as homemade chicken and waffles, lemon ricotta pancakes and eggs Benedict with lobster.

Additionally, Monday and Schwartz already have committed to another Flip Side location in Perrysburg, and will start construction shortly on a location in Rocky River. A westside location for 3 Palms is currently under negotiation too. "We also want to come up with a Mexican concept," says Monday. "We're very much committed to what we have going on now, but when the timing is right, Mexican food is a huge passion of mine and I would love to delve into that."

As born and bred Clevelanders, Monday and Schwartz say their motivation is simple: They just want to deliver great food to the region's culinary landscape. "We work for accolades, not profit," says Schwartz. "We try to choose the best designs, people, location and products. But ultimately, we just want to put the same food in our customers' mouths that we want in our own."