In Iraq, sometimes the wrong man -- like a KSU professor -- gets killed. 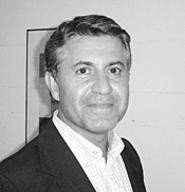 On June 28, the city of Baghdad awoke to a deceitful calm.

The bulbul bird's song replaced the drone of morning prayer as men crowded into cafés to sip Turkish coffee, the sun hanging hot behind a shroud of smog and swirling sand.

In the eastern part of the city, the Mohammad Al-Kasiem highway buzzed with rush-hour traffic. As businessmen hurried to work, an American convoy of three Humvees approached an on-ramp.

The rear of each vehicle displayed a poster-board-sized sign that warned "Caution: Stay 100 meters back or you will be shot" in both Arabic and English. Atop each Humvee, the upper half of a soldier could be seen behind a mounted machine gun.

The familiar routines of morning offered the gunners little comfort. Their job was among the most dangerous in Iraq.

The previous Sunday, a suicide bomb had ripped through a kebab stand where police officers lunched. Twenty-three people were killed, and 36 were wounded.

The following day, a U.S. Apache helicopter was destroyed in midair by an insurgent rocket.

And just the previous Friday, an American convoy in Fallujah came under attack; six Marines were killed.

As the Humvees merged into traffic, an Opel hatchback approached on their left. It was a favorite vehicle among insurgents. And it was a bit too close for comfort.

Suddenly, a single shot rang out.

The hatchback came to a dead stop on the highway, about 160 feet ahead of the convoy. Traffic stopped. The driver jumped out. "Help!" he shouted.

The convoy pulled up to the car. There was a single bullet hole through the windshield. Behind the glass, a man slumped dead, his temple bloodied.

But he was not an insurgent. He was Kent State professor Salah Jmor, a 49-year-old father of three and an international business consultant crucial to the establishment of Iraqi democracy.

Salah Jmor was born in Baghdad in 1956 to Abdul-Rihman Jmor, chief of a Kurdish clan more than 20,000 people strong.

The Kurds have a history of persecution in Iraq that extends back to long before Saddam. When Jmor was a teenager, a failed Kurdish revolution forced thousands to flee. Jmor settled in Geneva, separated from his family.

There, he flourished, becoming fluent in four languages. After earning a doctorate in international relations, he started his own consulting firm, teaching market assessment and consumer demand to international businessmen from the U.S. to Turkey. He was also dean of the Global Trade Institute in Geneva.

He met his wife, Taban, also a Kurdish refugee, in the early '90s.

Though far from his homeland, Jmor remained heavily involved in Iraqi issues. He was the Iraqi Kurdish representative to the United Nations Office in Geneva, where he helped bring the world's attention to Saddam's 1988 Kurdish genocide in northern Iraq.

In 1998, Kent State hired Jmor as a professor for its study-abroad program in Geneva, where he taught international business. "He was an amazing teacher," says Kelly Jernigan, who studied with Jmor last spring. "I'd have to say his was my most favorite class, because he brought such life and energy to the course work. It could have been dull -- very easily dull -- but he taught using his own real-life experiences."

After class, he often gave her rides back to her house, sparing her the hour-long bus ride. "He was very animated," she says. "He would tell us about when he met with the kings of Iraq -- but he'd always crack a joke and downplay his connections."

After the U.S. invaded Iraq, the interim government offered Jmor the minister of commerce post, but he turned it down. "He felt his life and family were in Switzerland," says Mark Rubin, director of KSU's Center for International and Comparative Programs. "But he still felt a duty to his native country."

Jmor instead decided to offer his skills as a consultant, training Iraqi executives in the finer points of international commerce. "These people he was training had no real sense of business," Rubin says. "Jmor was integral in preparing them for a world they'd been alienated from under Saddam."

He was making frequent trips to Baghdad. "There were students in the class who'd ask him if he was scared, if he'd go outside at night," Jernigan says. "But he said he felt very comfortable in the country. He'd grown up there. He had family there. He said that sometimes they'd go out in an armored vehicle or a bulletproof car, but other than that, he said, he never felt threatened in any way."

Rubin last saw his colleague in April. As they sat over lunch, Jmor talked at length about the process of becoming a Swiss citizen. "He was so proud of that," Rubin says. "It's a very vigorous procedure -- your village actually has to take a vote on you getting citizenship. I couldn't imagine why anyone wouldn't want someone like him."

It wasn't until two weeks after Jmor's death that Rubin learned about it in a call from another KSU professor in Geneva. "I was shocked," he says. "There was no news about it in the American papers. After I did some research, the whole thing seemed so strange. It looked like an assassination, but I can't think of why we'd want to assassinate him. My guess is it was an assassination gone wrong."

The morning after Jmor arrived in Baghdad, he and his younger brother, Abdul-Jabbar Jmor, headed to Abdul-Jabbar's office.

As Abdul-Jabbar drove his Opel hatchback in the fast lane of the highway, he remembers hearing a gunshot. Then his brother slumped into his lap.

At first he thought Jmor was ducking. When he saw the blood spill from his brother's temple, he came to a dead stop in the middle of the road, jumped from the car, and shouted to Iraqi police, who had arrived at the scene. "The Americans killed my brother. Why aren't you intervening?"

"Why did you shoot him?" he asked American soldiers. "I was the driver. Why not shoot me?"

The soldiers didn't answer. "Sorry," said one. Another raised the back of his hand, threatening to strike him, says Abdul-Jabbar. "Go back. Don't wait near us," the soldier said.

Abdul-Jabbar kept his distance as they waited over an hour for an ambulance to arrive.

In a report he filed with Iraqi police, Abdul-Jabbar wrote that he didn't see the convoy until after the shot was fired. "The single shot was targeted at my brother with no clear reason," he wrote. "It was a fatal target shooting."

The Swiss embassy in Baghdad was notified. It demanded details from the U.S. embassy in Iraq. The Department of Defense launched an investigation, which is still pending.

Lieutenant Colonel Steven Boylan, director of the U.S. press office in Iraq, says Jmor's death was probably an unfortunate mistake. American forces are supposed to offer a warning, shoot in the air, and then shoot at the car, before targeting an individual. But in the split-second chaos of Iraq, rules are not always practical. "Things can happen very quickly, and do," says Boylan. "It is always possible that things go from nothing happening to being a disaster in moments, and soldiers only have seconds to react."

Boylan says that all shootings of civilians are investigated, though overall casualties aren't tracked. "Anytime there is a shooting of a civilian for any reason, it's something we don't take lightly," he says. "But again, the type of environment we're in, a soldier can do everything right, but someone can still be killed because we don't have control over the person in the other car speeding towards a convoy or a checkpoint. It's extremely difficult, and reaction time is very short."

Abdul-Jabbar doesn't find this comforting. "For us, it was a crime, not an accident, because the soldiers have a procedure before shooting to kill . . . When the soldier shoots just one bullet directly in the head before any of the steps, it is a crime."

As the investigation of Salah Jmor's death winds into its third month, his brother grows increasingly frustrated. Like Rubin, he wonders whether this was an assassination, or whether "American soldiers wished to kill someone at that time for fun, maybe, or for something else."

An assassination, however, makes little sense. The Kurds remain America's strongest supporters. But with mounting civilian casualties caused by both sides of the conflict, that support is diminishing. "For us and many others, the vision is changing," says Abdul-Jabbar.

Mahmoud Othman, a Kurdish member of the Iraqi National Assembly, agrees that such killings undermine U.S. support. But, he adds, "Everyone is nervous. The security situation is not good. There are so many explosions at the checkpoints and near the convoys. The Americans are afraid. And when the driver doesn't see them, it happens sometimes that civilians are killed. It is a tragedy that most of the victims are civilians. It is making life more difficult. But this is our situation. It is very dangerous."

Still, for those close to Jmor, it's impossible to see his death as a simple misunderstanding.

Says Abdul-Jabbar, "We are still shocked that 49 years of memories, more than 25 years of working against Saddam's regime outside Iraq, and all his love for his family and his country and his people could be lost in less than one second."