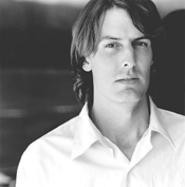 Stephen Malkmus sighs. He begins to say something. Then he sighs again. Just by the general hesitation and his longing to exhale, you can sense Malkmus's exasperation with the subject. Another sigh, then he confronts the question.

"We just ran out of gas," he says, referring to Pavement, the now-legendary indie band he used to lead, which, after a decade of crafting some of the finest records of the '90s, petered out last year. "We were going up a rather slow incline. There was no way to push the car up the hill anymore. It was redundant, and it felt like a job. I don't think a band should feel like that. That's not what music is to me. It didn't always feel like that. Even if only 5 percent of your body feels like that, it's time to wrap it up. Ten years was good."

Indeed it was. Coming straight outta Stockton, California, with a series of brilliant lo-fi EPs (1990's "Perfect Sound Forever" is the best of them), Pavement was a disjointed, art-damaged band that reluctantly became a hero of indie rockville. Many of its anomalies -- pasted-together lyrics, off-tune guitars, and no-frills recording techniques -- would pop up all over the indie scene. Pavement could be a difficult listen; its early records don't consist of songs as much as aural ideas tossed into the air and then onto record. The audacity of the pieces (songs sometimes end before they actually even begin) offered a sonic brilliance that often crept into the noise sculptures despite themselves.

From 1992's Slanted & Enchanted to 1994's Crooked Rain, Crooked Rain (its masterpiece) to the swan song, 1999's Terror Twilight, Pavement made rock and roll seem like a day in the garage. "It was too hard in the end to make it work," Malkmus sighs once again. "I don't need that pain."

So last year, the group broke up. It just slipped out in an interview Malkmus gave, but it wasn't much of a surprise. The five guys barely came together for Terror Twilight (they all live in different cities), and word spread throughout the subsequent tour that it would be Pavement's last. But 34-year-old Malkmus kept busy, writing songs and preparing for a new record, which merely shifted its status along the way from being another Pavement album to Malkmus's eponymous solo debut.

"I was just making these songs," he says of the 12 tracks that make up Stephen Malkmus. "If there had been another Pavement album, they would have been on there. I wasn't breaking away; I was just writing tunes.

"I wanted to do something different," he continues. "I wanted to write songs that were zanier and trashier. I also kind of knew that I would be recording these songs myself in a cheaper studio, and that these songs would fit that style."

Malkmus now lives in Portland, Oregon, where he found drummer John Moen and bassist Joanna Bolme (christened the Jicks for the solo project), who give the album a sonic uplift. From the start, Malkmus says, it was an undemanding process. "We all live here, so I can rehearse with the band," he explains, alluding to Pavement's all-over-the-country residency. "And I kept the songs relatively simple. Knowing it was the first album, and I wanted it to go smoothly, I didn't make any extremely weird songs. There's always struggle or some moment on a record where you feel it's never going to end, but I didn't stress."

There was some thought at the start of the sessions, Malkmus confesses, that the album might have been a true solo album, with Malkmus himself handling all instruments. He admits he occasionally performed multiple tasks on Pavement records, but says he's not really fond of albums that have too much of an individual stamp on them.

"Like Elliott Smith or Dinosaur Jr.," he offers. "I really like their music, but when I know that they played every little thing, it makes it worse for me. What's that saying about the person, that they can't play with other people? So, I always wanted other people to play, even though I am a relative control freak.

"I made all the decisions in Pavement anyway, so I felt like I was in the same position," he continues. "However Pavement worked out, I ended up writing most of the songs and playing most of the parts in the studio, because we lived in different places and never had a chance to really learn the songs as a band. I was doing the same thing with a different rhythm section. I was trying to make it different, but there's a similar level of control and responsibility."

Stephen Malkmus doesn't sound all that different from a Pavement album. There are lyrical twists and turns and fractured rhythms, and Malkmus is still sometimes too oblique for his own good. But there's also a newfound narrative structure to his songs and, more surprisingly, a heart at the center of it. One of the album's more touching tracks, "Church on White," is dedicated to the late novelist and Malkmus friend, Robert Bingham.

Still, the album is riddled with modern-day pirate tales and an homage to dead actor Yul Brynner. Given Malkmus's proclivity for peculiar themes and song constructions (not to mention those oh-so-artsy Pavement album covers -- Stephen Malkmus settles for a cheesy, cheery photo of him bathed in sunlight, by the way), one wonders how much of the music was actually planned.

"Most of the time, this stuff comes out as it's happening," Malkmus admits. "A couple of times, right before I go to sleep, I'll hear a great song in my mind and want to get that back. When I did 'In the Mouth a Desert' from Slanted & Enchanted, I heard it in my head. I tried some mescaline on Earth Day when we were in Central Park. All of a sudden, I started hearing that song in my mind. I wasn't really tripping that hard, but I could definitely feel it. I hummed it all the way home.

"Maybe I should take more of that," he laughs.

And for the record, Malkmus thinks the album would have turned out pretty much the same if it had been recorded with Pavement. "It would have been slower," he admits. "Pavement songs were getting slower and slower. I don't know why. Maybe it was the way we worked together. Then again, maybe I would have said, 'Let's make sure it's faster.' I could feel the wrinkles forming on my face as we played."

So, it's a happier and recharged Malkmus at the center of Stephen Malkmus, one who readily admits he was in "a better mood making this record."

"I was striving for different feelings," he says. "I generally like to react against the last record I do. Normally, I'll make a pop one and then a weird one and then a straight one and then a slightly more weird one. To me, Brighten the Corners was relatively straight and Terror Twilight was kind of weird. Wowee Zowee was weird, Crooked Rain was straight. I wanted this one to be light and bouncy."

And, relatively speaking, it is.