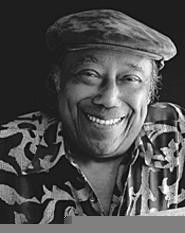 Terri Pontremoli remembers well how plans for the 25th Tri-C JazzFest were born.

"I go back to a few years ago," says the fest's peppy managing director, "when David Sanborn and Joe Sample were backstage, talking about our silver anniversary and maybe doing a tribute to Horace Silver, and they said, 'Oh my God, he's an unsung hero, with such influence in the jazz field, such power, such swing.'"

Silver is indeed a legend. One of the last links to the bebop revolution of the '40s and '50s, he made records for Blue Note from the mid-'50s to the late '70s that are archetypes of hard bop. When he resurfaced in the '90s with sharp new discs for Impulse!, Tommy LiPuma executive-produced them.

So perhaps it's fitting that the 25th-anniversary JazzFest will be highlighted by a pair of upscale benefits honoring the great bebop pianist Horace Silver and LiPuma, chairman of the Verve Music Group. "Silver on Silver," on April 16 at the Allen Theatre, will feature saxophonists Sanborn and hometown hero Joe Lovano, keyboardist Sample, vocalist Al Jarreau, and the John Clayton-Jeff Hamilton Jazz Orchestra. "The Art of LiPuma," on April 17 at the Allen, will be a tribute featuring LiPuma's latest marketing success, Diana Krall, along with guitarist George Benson, New Orleans piano presence Dr. John, trumpeter Roy Hargrove, and the Clayton-Hamilton Orchestra. Tickets are $85 and $100 -- the priciest ever for JazzFest. And they're selling.

Each spring, the JazzFest does its best to make Cleveland synonymous with jazz. But where previous festivals have gone heavy on the didactics, more recent installments have focused more on user-friendliness and have spanned a wider range of sounds -- from hip-hop to avant-garde, mainstream to archival. This year's binge stretches from April 13, with a kickoff at Nighttown, to April 25, when Brian Auger, a British soul organist known for his Oblivion Express bands, performs at the Rock and Roll Hall of Fame. Other shows should be exceptional, too, like the Sam Rivers Trio (April 15 at the Museum of Contemporary Art), a tribute to Clevelander Tadd Dameron starring local trumpet hero Kenny Davis and JazzFest artist-in-residence Don Braden on sax (April 20 at Tri-C Metro), the Regina Carter Quartet (April 22 at the Cleveland Museum of Art), and the Zawinul Syndicate (April 23 at Tri-C Metro).

Who knows? Silver himself might even stick around after "Silver on Silver," though don't count on him playing: He doesn't perform much anymore, because travel is hard on his body, he says. In any case, at "Silver on Silver" he'll be one of the first to hear an unusual arrangement of his classic "Senor Blues," featuring three basses -- and Lovano blowing over it.

It's bound to be just one highlight among many, says Pontremoli. "The cool thing is the notion of Joe Sample being able to play a solo tribute to Horace. The Brecker brothers -- who are alumni of Horace's bands -- will re-create some of the quintet arrangements. Christian McBride, Geoff Keezer, Lewis Nash -- these are monster players, so getting all these people onstage in tribute to Horace is just such a beautiful thing."

Silver was hipped to jazz as a boy, when his Cape Verdean dad took him to hear the Jimmie Lunceford Band at an amusement park in his Connecticut hometown. Silver's style blends the gospel his mother loved, his father's island lilt, and a proud, boogie-flavored, and funky approach. Among his key compositions are "Filthy McNasty," "Sister Sadie," "Song for My Father," "Opus de Funk," and of course, "Senor Blues."

At 75, Silver's back, working on Rockin' With Rachmaninoff, his first album in four years. The co-founder of the Jazz Messengers (with drummer Art Blakey) recorded the Rockin' material in 1991.

"I have so much of a backlog," Silver says from his home in Malibu, California. "All this music is given to me by God, and I sometimes wake up with a tune in my head, run to the piano, tape it, and I got a song." He has 40 or 50 cassettes of tunes sitting on a shelf. "There are some gems in there," he says. "Some are kind of mediocre, but there are some I want to get out before I die.

"My concept is to record my own music with my own money and own my masters," he explains. Indeed, he has owned his publishing rights since the '50s, when sax players Gigi Gryce and Lucky Thompson urged him to take such control. "I didn't sell that master of Rockin' With Rachmaninoff to Bop City. They're leasing it for seven years, and when I die, my son will own the masters." What of his classic Blue Note material? "I don't own any of that, though the songs are copyrighted under my publishing, and they pay artist royalties on sales of the records. There's something to be said each way. I would have liked to have had them, but at that time, maybe I didn't have the wherewithal or know-it-all to distribute them."

Lovano, who's about to release I'm All for You, a ballad album on Blue Note featuring pianist Hank Jones, has gigged with all kinds of great jazzmen -- and almost played with Silver. "It was in 1979, when I joined the Paul Motian Band," Lovano says from his New York home. "Horace was incredible. He probably auditioned 30 different players, and the day I went, Ricky Ford got the call. Ricky had been playing with [Charles] Mingus; Horace called me, told me he dug my playing, but decided Ricky was the cat. Two days later, Horace called me back to ask for a second audition, because Ricky had told him to call his manager, so Horace canceled on him immediately. Horace is very selective with his business. It was a great opportunity, but I was going on tour with Paul that day, for our first European tour, so I couldn't go back," he recalls wistfully. "It's a big community of players."