The revolution will be televised --Tuesdays on Fox. 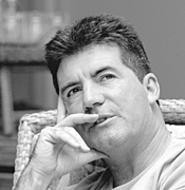 Last year, the impossible happened: A performer with even less musical aptitude than the Exploited somehow became a household name. This was notable for several reasons.

First off, scientists, musicologists, and pretty much anyone with a functioning cochlea were baffled as to how any organism with opposable thumbs could be even more musically deficient than the aforementioned English punks and still draw an audience. Second, the performer in question was William Hung, a pocket-sized Asian dude whose sputtering, ear-grating take on Ricky Martin's "She Bangs" sounded like a lawn mower running out of gas. Thanks to American Idol, he became the most unlikely 15-second celebrity since Spuds MacKenzie.

But in an era where pundits bemoan the death of punk rock, thanks to Hot Topic-approved pinups like Good Charlotte and Simple Plan, the real reason Hung's success was so significant was that it proved that the punk ethos was alive and well. That's right, we said it: American Idol, whose fourth season kicked off last week, is more punk-rock than most punk rock these days. It's become a much better representation of the punk ideal than, say, Something Corporate.

No, punk rock was about little more than empowering everyday people to express themselves, to get up in front of a crowd and share their thoughts and feelings, regardless of musical ability. Punk rock was about tearing down barriers between audiences and performers, about making nearly everyone feel that they too could be artists -- even if they could barely play an instrument or sing on key.

And what currently promotes this idea of artistic egalitarianism more than American Idol? The show is all about ordinary schlubs getting a shot at having their voices heard. Single moms, mail carriers, and school-teachers in all manner of shapes, ages, and sizes get a chance at the big time. The spherical Ruben Studdard, the elephant-eared Clay Aiken, and plain-Jane Kelly Clarkson would never have had a shot at a deal if not for American Idol (not that these three are any less deserving of being heard than Britney or Jessica Simpson simply because they're harder on the eyes).

Moreover, in an era when punk rock has become as soft and cuddly as a pair of mittens made out of German Shepherd puppies, at least show founder Simon Cowell brings a nasty, fuck-all attitude to the proceedings -- once a punk trademark.

On the show's season premiere, Cowell tells a Yugo-sized gal in a pink dress/tent that she looks like an elephant. He informs a church youth director that he smiles too much. "Singing involves giving people pleasure; you cannot," he snickers at one contestant. He even attempts to shake the faith of a religious young gal dressed in schoolgirl plaid. "God sent me here to do this," she beams. "God does not want you to win," Cowell shoots back. In her post-performance interview, the churchgoing Goody Two-Shoes calls him an asshole.

"It's a trash magnet for every karaoke casualty who ever stood in front of a mirror and sang along with a Mariah Carey record, wondering how they were going to get that big show-business break. Now they can," writes Jackson Griffith, the former arts editor of the Sacramento News & Review, who recently published a column titled "Why American Idol Sucks," on target="new"MTV.com.

Precisely, which is why the show deserves some respect. If punk rock taught us anything, it's that music should be open to all, even if they sneer more than they sing (think Johnny Lydon) and no one has yet been able to discern a single word they utter (Shane MacGowan). Yeah, American Idol may be pissing off the purists and rendering record execs negligible, but isn't that the point? For punk rock, it used to be.