An indie romantic-comedy that wants it both ways 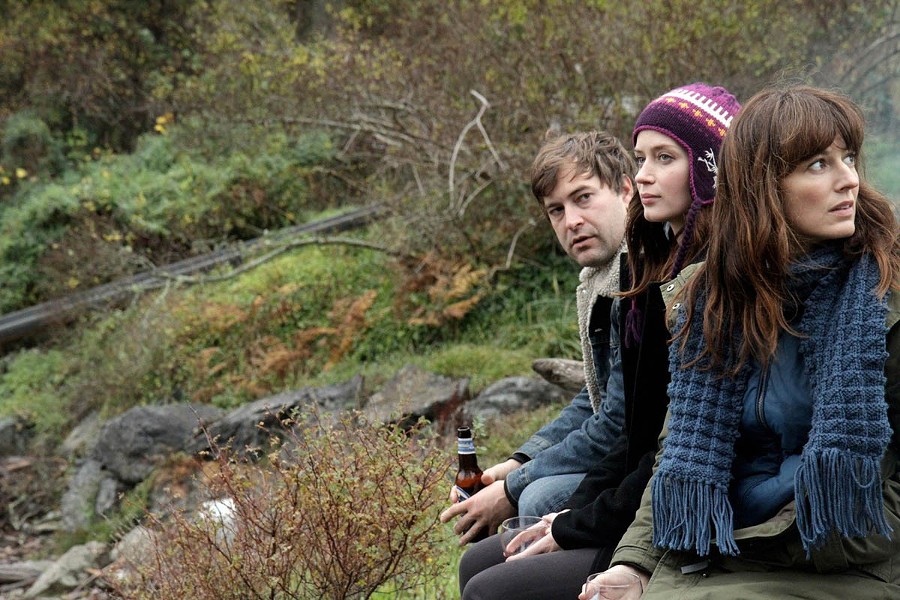 You sorta have to respect a movie that leaves you curled up, head in hands, and groaning. Your Sister's Sister gives you many opportunities for curling and groaning as it follows a trio of characters stumbling into and over many awkward moments, and digging themselves ever deeper into a gut-wrenching pit of discomfort. And still, despite the pain, writer-director Lynn Shelton manages engaging humor and flawed characters who are accessible and genuine.

A year after his brother dies, Jack (Mark Duplass) is still a complete mess. Unkempt and angry, he has no idea how to function in the real world. When he causes a scene at a gathering in honor of his late brother, Jack's best friend Iris (Emily Blunt) demands that he head into the wilderness to clean up his act at her father's vacation house on a semi-remote island.

Turns out that Iris' sister Hannah (Rosemarie DeWitt) is also looking for some peace of mind there, and the pair spends the night knocking back shots, which, of course, leads to a brief but grimace-inducing sex scene that reaches all sorts of unpleasantness. The next morning, Iris surprises them by showing up, and Jack scrambles to cover up the evidence from the previous night's transgression because he's been in love with Iris for years. Sleeping with her sister probably won't help their relationship.

Keeping the movie washed in muted browns and close-ups, Shelton amps up the cozy factor and veers toward suffocation at times. Isolated on the island, Jack, Iris, and Hannah become wrapped up in each other's strengths and shortcomings, and the bonds that tie them together either create an amiable sense of intimacy or cut straight to the bone.

Shelton's playfulness can hurt, but it all comes with good intentions. Her respect for her characters comes through in carefully nuanced dialogue and deliberately directed arguments that simmer quietly before they explode. The script never gets bogged down by the nuts and bolts of the story. The film knows when to withhold and when to share, providing enough elements to add depth without slowing down the narrative.

Though Iris could easily emerge overly idealized and stale, she's smart, sharp-witted, and wrangling her own set of issues. Blunt perfectly settles into her groove, occasionally revealing some of Iris' stilted vulnerability. But Duplass' Jack might leave you wondering, "Wait, him? Really?" He pushes the slob factor to the extreme, sporting a shaggy, uncombed mop of hair and a face weighed down by puppy-dog sadness. Still, Duplass possesses great comedic timing, and he injects Jack with an undercurrent of warmth. But if you adore a good dose of awkwardness in your comedy, the movie's heart might be a bit of a hindrance. Because through it all — even the squealed orgasm that cuts through your eardrums like a knife — it's still there, forever beating.