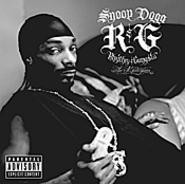 It's likely to be too late by a few million tokes, 10 years, and one AWOL Dr. Dre for Snoop Dogg to create another authentic masterpiece. Besides, Tha Doggfather has already taken his unexpected shot at brilliance this year in the company of his old group, 213, whose fine debut rolled Snoop's nasal voice in the melodic G-Funk required to give it maximum potency. Yet while the Neptunes-helmed R&G is no classic, it's surprisingly one of Snoop's better efforts, loaded with potential hits not dependent on the star's involvement.

If the blipping beats and laid-back R&B of songs like "Drop It Like It's Hot" and "Let's Get Blown" aren't quite West Coast nirvana, they do allow Snoop the leisure he needs to puff out his lazy rhymes -- and they're first-rate singles besides. So is "Signs," a squiggly synth-pop gem that's essentially a Justin Timberlake showcase -- and one of several cuts on which Snoop is an unnecessary guest. He's more celebrity than MC these days, and it's his singular voice that matters most -- whether it's rhapsodizing about coaching peewee football or slapping a ho', the tracks that surround it are usually masterful, at least.