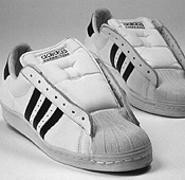 The opening of Roots, Rhymes & Rage: The Hip-Hop Story at the Rock and Roll Hall of Fame on November 11 will be surrounded by a flurry of related programs. The first of these events, held last week, was a local fashion and talent show. A total of 15 acts, including Jahi, Chachi, Rising Son, Fly Qwik and Wikkid, Nature Rankin, Darkside, DeJavue, University of Hardballers, Klockers, LJ, Top Team, Lil Scott, Black Nile, Broken Language, and Thieveland, performed one song each (to a tape of prerecorded beats) while a panel of judges kept tallies on their performances. Several C-town rappers (Jahi and Chachi, among them) are actually profiled in the November issue of The Source, a national rap publication that has devoted several pages to covering the hip-hop scene in Cleveland.

With DJ Quest providing music between acts, the event was about what you'd expect from a talent showcase -- there were plenty of artists who needed to spend more time on their act and plenty of others who had things down, even to the tightly choreographed dance moves. Top Team got a rise out of the crowd when it brought a rapping toddler onstage, but the shtick wasn't worth much more than a good laugh. Out of the group of performers, five finalists (Jahi, Chachi, Rising Son, Fly Qwik and Wikkid, and Nature Rankin) were chosen to square off again. The final winner will get to play at the invite-only party that will be held at the Rock Hall on November 10. At press time, the rumor circulating was that Public Enemy, Nas, Outkast, Krayzie Bone, and Grandmaster Flash all will perform at the party, which will be broadcast live on BET.

Some of the artifacts that will be on display at the Rock Hall include Snoop Doggy Dogg's pants, T-shirt, and Long Beach-emblazoned hat; Run DMC's fedora, sunglasses, and Adidas shoes; the outfits the Beastie Boys wore for their video for "Inter-Galactic"; the letter the FBI wrote to Priority Records expressing concerns about N.W.A.'s song "Fuck Tha Police"; handwritten lyrics to Blondie's 1980 hit "Rapture"; and Missy Elliot's "Mega Man" suit from the 1998 Lilith Fair tour. The exhibit, which will run through August 2000, will be broken into four different parts: "The Roots" will address the influence of Grandmaster Flash, Afrika Bambaataa, and Kurtis Blow, as well as look at early influences like Cab Calloway; "The Golden Era" will feature a video installation and artifacts from Public Enemy, Rakim, DJ Jazzy Jeff, and the Beastie Boys; "Controversy: Outrage and the Rise of Gangsta Rap" will document the rise of gangsta rap; and "Pop Goes the Culture" will look at Puff Daddy and other pop practitioners.

In conjunction with the Rock Hall exhibit, WJW-TV/Channel 8 will also cover the event by presenting a series of interviews with national stars and performances by local acts in its morning show, airing at 8. On Monday, November 8, KRS-One will speak live via satellite from L.A. on the history of hip-hop, and Jahi will perform the song "Power Moves." On Tuesday, November 9, Spinderella from Salt N Pepa will speak live via satellite from New York on diversity in hip-hop, and Whyte Trash will perform the song "Area Code." On Wednesday, November 10, George Nelson and Joe Madison, speaking via satellite from New York and Washington, D.C., will discuss "the controversy surrounding hip-hop" while Skigh performs the song "For You." On Thursday, November 11, Dino Delzaille of Universal Records will talk about "the marketing of an artist and making a demo," and Hardstone will perform the song "Dangerous." On Friday, November 12, Robert Santelli, the Rock Hall's VP of music education, and Ernest Davis, the mayor of Mt. Vernon, New York -- the site of a hip-hop museum -- will discuss hip-hop's future, and King Steph will perform the song "King's Theme." In addition, Fox 8 and WENZ-FM/107.9 have teamed up to sponsor a concert featuring all the local artists involved with their program. It will take place at 7:30 p.m. on November 5 at the Tri-C Community College Theatre (2900 Community College Avenue), and tickets are free (but the only way you can get them is by winning them through 107.9). Producer Natalie Williams, the organizer behind the Fox 8 events, says she wants to present a different image of hip-hop with the various interviews and performances.

"I thought we could highlight hip-hop in a way it hasn't been done on a major TV station, because normally you have radio stations that do it," she says, adding that the local acts chosen to perform were selected after the TV station solicited some 160 tapes from local artists. "It's been tough, because hip-hop is something that a lot of people don't understand. Hip-hop doesn't just affect one race. I even got a tape of some Korean kids rapping. Hip-hop affects youth of all races, and it's not just a form of music. It's a culture, from the movies you watch to the clothes you wear to the way you greet people. I want to educate people who don't know about hip-hop, and we're hoping those people tune in."

Akron native Joseph Arthur, who has released two albums on independent labels, will put out his major label debut on Virgin Records in February. The singer-guitarist, who recently toured with Ben Harper and Gomez, has had his songs recorded by the likes of Peter Gabriel and Joan Osbourne. The album is tentatively titled Crawling on Bones. -- Jeff Niesel