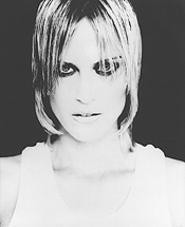 Cleveland-born singer-guitarist Sharon Middendorf had done her time in a series of bands -- she played in little-known groups such as the Blacklight Chameleons and Ten Wings -- before finally hitting her stride with Motorbaby. But after making its major label debut in 1998 on Mercury Records, the band was dropped when Mercury folded last year. In fact, to hear Middendorf tell it, the label was already going under by the time Motorbaby put out its self-titled debut (the band did manage to play at the Grog Shop in 1997, when it embarked on a short promotional tour). Now, Middendorf has taken her music to the web. Last August, the Motorbaby track "So Surprised," a song she wrote with former Go-Go Kathy Valentine, won second place on UBL's "Born on the World Wide Web" music contest and was "pick of the day" on the MP3.com site. She's also selling the EP 3 through her website (www.motorbaby.com) and recording new material for an album she plans to release over the 'Net this spring.

"I've been directing my attention to the Internet since '94, so people look at me in ways of being a pioneer, and I like that, because I'm an Internet freak," says Middendorf via phone from New York, where she had just returned after a Christmas visit to Cleveland to see her father and brother, who still live here. "[The Internet] is an obvious place to go for awesome promotion, distribution, and marketing. It's a natural progression. Motorbaby.com is the hub from which everything spills out. I don't think people realize that the Internet is not going to come to you -- you have to go get it."

Middendorf, who grew up in the 'burbs -- Middleburg Heights, Strongsville, and Berea -- left Cleveland when she was in her late teens to pursue a modeling career in New York. But she was here long enough to see a number of concerts that helped influence her musical interests.

"I was a huge music fan," says Middendorf, who played acoustic guitar with the church choir when she lived in Strongsville. "My first ever concert was the World Series of Rock with Pink Floyd on the Animals tour. I was like 13 and right up at the stage, and people were throwing up all around me. I'll never forget all the Richfield concerts -- Queen, Rod Stewart, the Pretenders. That's what I did. I saw John Waite of the Babies at the Agora, and he tried to pick me up. It was really funny."

In addition to licensing Motorbaby songs to television shows such as Baywatch and Jack and Jill, Middendorf has pursued an acting career (she has a small role in Woody Allen's new film as well as the B-movie flick Terror Firmer) and still models on occasion.

"When you're an artist, any form of art -- singing, dancing, modeling -- it goes all together," she explains. "If you look at Madonna and Courtney Love, they sing and play music and model and act."

For her next album, Middendorf has been working with some big names -- producer Tony Visconti (David Bowie, T. Rex), guitarist Reeves Gabrels (Bowie), and drummer Lez Warner (the Cult). While Middendorf has been approached by TVT Records, she's not about to jump at just any record offer.

"The deals you make with companies on the 'Net are much fairer and lean much more towards the artist," she says. "When you're signed to a major label, you're working for the label. Unless you're Sheryl Crow, in which case the label's working for you. If you're a new act, you're an unproven entity, and they go where their bread is buttered. They're not developing acts anymore. I think the music industry is in for a rude awakening."

WBWC DJ John Basalla debuted his program 1900 Yesterday on January 9. The radio show, which will air every Sunday from 5 to 5:30 p.m. for the entire year on WBWC-FM/88.3, features music from the early part of the decade. Basalla, who says he's just as much a fan of modern rock acts like the Foo Fighters, Garbage, and the Newsboys, first became interested in '50s rock and eventually ended up developing an affinity for music recorded at the turn of the century. Because most of the material he plays on his show comes from cylinder records, which require different players that can't be cued, he pre-records his program every week. While the music might seem antiquated and dull, Basalla's sense of humor and insight into the history of the recordings keeps the program from being stale.

"This is clearly not a casual listener program," admits Basalla, who grew up in Berea and graduated from Baldwin- Wallace College. "Older people will be interested, because they remember their parents having cylinder records. People who enjoy music will like this. I don't want it to be a sterile "History of Recorded Sound, Volume 1.' Pop music is supposed to be fun and entertaining. I want to make it fun, and I don't want it to sound like this old stodgy guy. I don't want to impress people with how much I know either. You talk about college radio being alternative, and I can't think of anything more alternative than this."

For the month of February, Basalla, who works in library media services for the Cleveland schools, plans to feature early African American recordings (some of which he found on an Australian CD) to celebrate Black History Month. He says he will play some of Bert Williams's vaudeville comedy material as well as music by James Reece Europe, a conductor from the late teens, to mark the occasion.

The metal band Chimaira released its latest CD, This Present Darkness (on the Connecticut-based label East Coast Empire) on January 11 and will play a show at Peabody's DownUnder (1059 Old River Road) with Blofelt, Rut, and Guano on January 13 to celebrate its completion. Tickets are $6. Singer Mark Hunter (formerly of Skipline) said it wasn't easy to finish the disc.

"It was painstaking," says Hunter, whose parched vocals compare favorably to someone like Tom Araya (of Slayer). "Our lyrics deal with inner turmoil, and getting the right vibe in the studio was difficult. But once it was done, we felt a lot better about ourselves. Our whole gimmick is that we try to take everything that hurts you in life to see what you can do to make things better. We don't have any politics about anything. We look at people the way we hope they would look at us -- not as an item or trend or something; we'd just rather be known as people."

The band -- which also includes drummer Andy Herrick, bassist Rob Lesniack, guitarist Jason Hager, and guitarist Rob Arnold -- is slated to play the New England Metal Fest, which will take place on February 11 and 12 at the Palladium in Worcester, Massachusetts. For more information on the show at Peabody's, call the club at 216-241-0792; for more info on Chimaira, consult the band's website (www. chimaira.net).