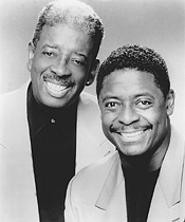 For the fifth year in a row, the Rock and Roll Hall of Fame and Museum has put together a concert series to celebrate Black History Month. This year's program, called Soft and Smooth: Celebrating the Vocal Harmony Roots of Rock and Roll, features doo-wop acts such as the Manhattans (on February 2), the Persuasions (February 9), the Dramatics (February 16), and the Dells (February 23). All of these shows will take place in the Rock Hall Theatre and will include both an interview segment and performance. Tickets are $15, $12 for members, and all the shows start at 7:30 p.m. In past years, the Rock Hall has paid tribute to a number of African American musical styles, including blues, soul, rhythm and blues, and gospel, and Bob Santelli, vice president of education at the Rock Hall, says there are still more genres the Rock Hall plans to pay tribute to in the future.

"Before we repeat again, there are a number of forms that are important to cover, particularly [doo-wop]," he says. "When you think of genres, you automatically think of rhythm and blues, blues, or soul, but this one isn't so easily identifiable. We thought it was about time that we honored some of these groups that continued the idea of group harmony at a time when we didn't have Boyz II Men, and there was no real category to put these groups into. We also thought about zydeco, reggae, and jazz. There are still a number of forms to go -- it really makes you think about how much African Americans have contributed to popular music and rock and roll."

Each Saturday, local vocal groups -- including Smooth Approach (February 5), Reparte (February 12), Patterns in Rhyme and Retrospect (February 19), Arthur Blakey and the Hesitations (February 20), and Patterns of Soul (February 26) -- will also perform free shows at 1 p.m. in the Rock Hall Theatre. In addition to showing films about doo-wop on Monday nights, the Rock Hall has a concert, planned for February 12 at 7:30 p.m. at Cuyahoga Community College-Metro Campus, that will feature Cleve Duncan and the Penguins, the Harptones, the Solitaires, and the Edsels. For more information, call the Rock Hall at 216-515-8425.

Cleveland native Ray Fister, who moved to Milwaukee some 12 years ago, has been operating a recording studio there called 5th Floor Recording, which he opened two and a half years ago. While he mostly does commercial stuff (he's produced music for clients as wide-ranging as the Green Bay Packers, furniture stores, and even East Ohio Gas), he recently mixed and edited The Blessed Faustina, the third album from Victor DeLorenzo, former drummer of the Violent Femmes (who has a pair of drum brushes on display at the Rock Hall).

"He's probably one of the most creative people I've ever met," Fister says of DeLorenzo. "He has a great ear. He's a talented guy. He's not just a drummer -- he's progressed way beyond that."

Fister, who still comes back to Cleveland five or six times a year, says he "hung with the Mentor crowd -- Wally Bryson and the Raspberries" -- when he lived in Cleveland and played in a number of different bands. He also operated a studio in Lyndhurst, called Pyramid Recordings, in the '80s.

"I had to leave there to become successful," he jokes. "It'd be nice to live there again, but it's just as much fun coming back to visit. Milwaukee is a funny market, but you can't compare it to Cleveland in music. Cleveland is so rich in it, it's almost obscene. The music scene is not real tight here [in Milwaukee], but there are some talented people here. [Guitarist] Daryl Stuermer came from here -- he played with Genesis and Phil Collins. There's a handful of people who just can't seem to get out of here. It's a very segregated market as well, which is too bad, because there's a lot of great black artists who don't get much visibility. The people who are out there are good."

Famous as a member of the Invisibl Skratch Piklz (a turntablist crew from San Francisco that is so talented, they were banned from competition in 1995 after winning three consecutive world champion turntable titles in a row) as well as the guy the Beastie Boys employed on the wheels of steel on their last tour, Mixmaster Mike (Mike Schwartz) will be playing in Cleveland on January 28 as part of a rave called "Turntable Assault." Schwartz, who is presently finishing the follow-up to his 1998 debut Anti-Theft Device, says his music has evolved from the sample-heavy style of his first album.

"I feel more mature doing what I'm doing now," he says, adding that he's started talking to Rage Against the Machine's Zack de la Rocha about a possible collaboration. "At first, I was just taking other people's music and decomposing it and reconstructing it. Now, I'm taking my music and learning how to make more and more music of my own. It's more gratifying to think that I constructed this whole piece of music on my own."

Even though their publicists initially denied they were in town, Crosby, Stills, Nash & Young were indeed rehearsing for their upcoming tour the week of January 17 at the CSU Convocation Center -- if you saw Larry King Live on January 20, you would have noticed that David Crosby was in Cleveland when he spoke to King, who had Melissa Etheridge and Julie Cypher in the studio to discuss the recent revelation that Crosby was the biological father of their two children. Prior to arriving in Cleveland, CSNY had spent the previous week practicing at the Forum in Los Angeles, but reportedly came to Cleveland because it was convenient (the band's tour started in Detroit on January 24). While there was some talk of a warm-up show here, it never panned out, and the band left town on January 22 with Rolling Stone reporter David Fricke reportedly in tow. Because of the tour routing, the group won't be back in Cleveland until March 23 for its show at Gund Arena. Soundbites only wonders if David Crosby delivered any sperm to Cleveland-based lesbian couples trying to have children. If so, 'fess up -- the cover of Rolling Stone is waiting. -- Jeff Niesel