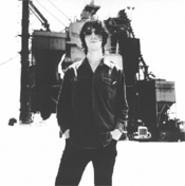 In a recent issue of Entertainment Weekly, Come to Where I'm From, the new album by Akron-raised singer-songwriter Joseph Arthur, is reviewed in conjunction with Elliott Smith's latest effort. The end result: The relatively unknown Arthur gets an A-minus and Academy Award nominee Smith receives a B-minus. It's praise that Arthur, whose gentle, folk-based music shares Smith's quiet intensity, takes with a grain of salt.

"I felt like I was in school or something -- I don't think it's good to put people against each other like that," Arthur says via phone from his home in New York, when asked about scoring so high in the EW ratings. "It's like art as professional wrestling. It doesn't really make sense. It's nice to be on top, but it only means that, next time, you're going to lose. I try not to take it too seriously."

Arthur started playing piano before picking up the bass and joining Frankie Starr's blues band. Arthur says that, with Starr, he played several nights a week in Cleveland and recalls opening for Stevie Ray Vaughan at Nautica. Arthur moved from Akron to Atlanta, and then London, before settling in New York. While he was in Atlanta, a copy of one of his demo tapes made it into the hands of someone connected with Real World Records, the imprint run by Peter Gabriel. Arthur was signed, and Real World put out his first album, 1997's Big City Secrets. A year later, Arthur went into the studio armed with enough material for three more records. Out of those sessions, he delivered last year's Vacancy and Come to Where I'm From, and says he has been concentrating on writing prose and painting lately, rather than songwriting, since he already has another album of material ready to go.

"Nowadays, it's hard to get in the studio," Arthur says. "It was hell trying to figure out what songs go where, after the session was over. I just broke it up, put out Vacancies first, which seems to have its own identity. I'm looking at two more years in the penitentiary of the road before I can think about hijacking the studio again, and once I do that, I'm going to record another 40 tunes. This music business is just unfair to a person like me. Back in Dylan's day, he could record an album every nine months. And Hank Williams did that and the Beatles. There's so many records that come out, there's so much crap to fight through, it hardly seems worth it at all. I've been working really hard for like five years, and I've managed to accumulate more debt than you can imagine. If I had done something sensible, like become a garbage man, I would be rich right now. I'd be the Employee of the Month. But instead I decided to be a songwriter, and I'm in debt in New York City. That's the funny thing about it. I think that's why I'm thinking about becoming a history teacher."

Actually, Arthur, who just returned from a tour of Europe with Ben Harper, will be playing residencies at clubs across the country. He performs at the Grog Shop on May 5 with Poem Rocket, DJ Veins, and Ether Net, a Cleveland band which will be celebrating the release of its new album, The Requisite Chemicals. He returns to the Grog Shop on May 19 to play with Rosavelt and is also booked at the club on June 2 with the Plastics Hi-fi. In many ways, playing multiple shows at the same venue is an ideal way to build a buzz -- that is, if Arthur makes it that far.

"I'm absolutely burned out," he says. "The world is a huge place, and to make a record work, it's insane. Sometimes it just appears to be impossible. Even though from the outside things are going well, at the same time, it feels like I'm about ready to give up."

Two battle of the bands competitions will take place this week. First, the fourth annual Jim Beam Rock Band Search comes to the Tower City Hard Rock Café on May 4. These are the regional finals -- the winner will go to Phoenix for the finals on June 1. Acts competing include Galaxie (from Knoxville, Tennessee), Koncrete Kite (from St. Petersburg, Florida), SuperThief (from Cleveland), Symmetry (from Coshocton), and Ten Pound Bag (from Cleveland). Doors open at 8 p.m., and the competition starts at 9 p.m. Admission is free. Call 216-830-7625 for more information. Months ago, the field was wide open, but now the Lucky Strike Band-to-Band Combat has narrowed it to 15 finalists vying for kudos to the tune of 15,000 clams. Anne E. DeChant is Cleveland's finalist, and she will be performing on May 6 at the Phantasy (11802 Detroit Avenue, Lakewood) in a showcase with 19 Wheels (Detroit's winner) and the Excentrics (from Washington, D.C.). The $5 cover not only gets you in, but also gets you a free copy of the CD, featuring a song by each finalist and the chance to vote for the ultimate victor. Doors open at 8 p.m. Call 440-333-7478 for more information.