Flesh-N-Bone shares his 2013 comeback plans from the L.A. County prison. 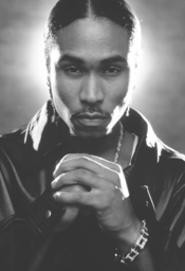 On "Way Back," a track on his first solo album, 5th Dog Let Loose, Bone Thugs N Harmony rapper Flesh-N-Bone (Stanley Howse) recounts the various tragedies that have befallen rap stars. The song's a tribute to Notorious Big, Tupac Shakur, and Eazy-E, and in it Howse reminisces about the days when he and Eazy-E, who died from AIDS complications in 1995, cruised around town in a Cadillac looking for love. With a gospel-like chorus of cooing background vocals, the song isn't as hard-edged as those of Bone Thugs, Howse's Grammy-winning parent group, which formed in 1993 in Cleveland and is still one of the top-selling acts in the genre.

As self-conscious about rap and violence as "Way Back" might be -- it explicitly shows the way in which rappers are often the victims of the very topics they write about -- the song isn't something Howse, a former Clevelander who lives in Los Angeles, took to heart in his own life. He's currently serving an 11-year term for parole violation and possession of a semi-automatic weapon. No one's going to be letting this dog out for some time. And when you consider the extent to which other songs on the album, specifically tracks such as "Amen" and "Say a Little Prayer," function as spiritual testimonials, it's even stranger that Howse couldn't avoid taking a similar path to that of his predecessors.

Howse's troubles actually began several years ago, when he started threatening his neighbors, who had complained that he was shooting firearms. He was serving probation for possession of firearms, but got into another altercation on December 26, 1999, when he pulled an AK-47 out of a baby's crib (Howse maintains that the crib was never occupied by child and gun at the same time) and pointed it at two men. The 11-year sentence (which was recently augmented with a 2-year sentence, stemming from a subsequent conviction for possession of a sawed-off shotgun) was actually reduced from a possible 19-year sentence, when the judge took into account his lawyer's argument that Howse was abused as a child. Howse maintains that he was simply acting in self-defense when he grabbed his AK, but says he's pleased that the sentence wasn't as long as it could have been.

"Yeah, I was protecting myself, you know what I'm sayin'?" he says. "It was all self-defense, and it got blown out of proportion. That's what happened, you know what I'm sayin'? Some fools snapped at me, and I had to let 'em know 'Don't fuck with me -- I got this in my hand.' I don't want to be doing no time at all, but the way the witnesses blew it out of proportion and the way the DA fought the situation made me turn out to be the bad guy. The time I did receive turned out to be a blessing, because I could have got more time. I was actually happy with the way the sentence turned out."

Howse maintains that Bone Thugs N Harmony, which was rumored to have split until releasing a new album, Resurrection, earlier this year, has not broken up and will welcome him back when he's released (there's a possibility that he will get parole in five years). And for Howse, who's Christian and expresses his devout belief in God on several tracks on 5th Dog, turning to his faith will likely be one way he'll try to reform his life when he's released.

"The kind of people that I choose to hang around with and the things that I got caught up with -- drugs and alcohol -- I'm definitely going to change a lot of my actions," he promises. "My main focus when I come home is to be very creative and always work on my music. I want to always have something to do."

In the meantime, he's got plenty of material for another album, whether he ends up back with Bone Thugs or goes the solo route again.

"I've been very creative while I'm in here," he says. "I've been able to get a lot of stuff off my chest and talk about a lot of things and put 'em in a rhyme. I have a lot of material when I come home, and all I have to do is hit the studio and back 'em up. Being here influences a lot of creativity about me."

And for Howse, who teams up with rapper Kurupt and R&B singer Montel Jordan on 5th Dog, getting respect in the pen is just as important as getting props from his hip-hop peers. At least for now.

"I seldom run into a player hater," he says when asked about how he's treated by his fellow inmates. "The majority in here know who I am, and they respect that and treat it like any other fan would. They say, 'This is Bone right here,' and they cherish the situation, because they know they will probably never get a chance to meet nobody famous like that again. Then again, there's a couple of assholes who hates you just 'cause they hate. Not everybody gonna love you."