Spielberg and Kubrick had a weird little kid, and its name is A.I. 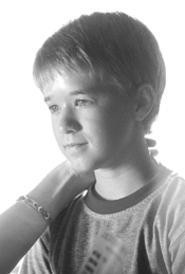 For almost two decades, Stanley Kubrick wanted to make a film based on Brian Aldiss's 1969 short story "Super-Toys Last All Summer Long," about a robot child named David who wants only to be "real" so Mummy and Daddy will love him. The late director of 2001: A Space Odyssey and A Clockwork Orange envisioned "Super-Toys" as the frame upon which he could hang his own reworking of Pinocchio, and perhaps he also saw it as an extension of what he began in 2001: David is HAL as a little boy, a machine who aspires to consciousness and emotion -- in other words, a machine that wants to become like its creator. But Kubrick found an even better director for his project: friend Steven Spielberg, whom "Super-Toys" would allow the chance to revisit old themes and doll them up in the fancy togs of a fellow mythmaker. He could remake Close Encounters of the Third Kind and E.T. in Kubrick's image. He could commingle the childlike with the clinical, the heartbreaking with the heartless. Finally, Spielberg could make a movie about children and aim it solely at adults. (The movie is simply too slow, too serious, even too sex-drenched to play to kids.)

The results, then, are just as you would expect: A.I. is Kubrick as interpreted by Spielberg, which means it's by turns poignant and cold, twisted and sweet, dreamy and drab, effortless and overwrought. In short, the movie is a stunning, ambitious mess that leaves you wondering how much better it might have been without Kubrick's specter peering over Spielberg's heavy shoulders.

A.I. attempts to reconcile their disparate worldviews. The movie wants to overwhelm you with sadness and despair, but it's too frosty and manipulative to elicit a single tear. Spielberg is credited with A.I.'s screenplay -- it's the first time he's written and directed since Close Encounters -- but the film is faithful to both Aldiss's story and Ian Watson's original screenplay, commissioned by Kubrick. Watching it, you can't help but feel that the director wanted to become Kubrick, which means this is the first Spielberg movie that seems to have one hand on your chest, keeping you at bay.

A.I. fleshes out, for lack of a better phrase, Aldiss's simple, heartbreaking short story into a grand-scale fairy tale -- Pinocchio as reimagined by the visual-effects team at Industrial Light & Magic. We learn at the film's onset that the ice caps have melted and drowned earth's biggest cities, and in a distant, overpopulated future in which childbirth is regulated by the proper authorities, humanoid robots have taken over our most menial chores; they serve us, even pleasure us, until they're discarded for better models. Professor Hobby (William Hurt), A.I.'s Geppetto, proposes to a group of fellow robotic designers that they create a "robot who can love," and the result is little David (Haley Joel Osment), who is made of synthetic flesh and computer circuitry. Hobby is unprepared to answer the inevitable Big Question: Can you get a human to love the robot back?

The response is found in the home of Monica and Henry Swinton (Frances O'Connor and Sam Robards), whose flesh-and-blood son Martin (Jake Thomas) suffers an illness that requires that he be suspended in cryogenic deep-freeze. His holding tank is in but one of myriad scenes that look like something lifted from 2001; the audience, like Martin, shivers in the sterile setting. Henry, who works for Professor Hobby, envisions David as Martin's replacement, but Monica refuses to look at his unblinking, expressionless face -- a machine bereft of true emotion but prone to disturbing outbursts of laughter. Monica finally warms to the cold little boy, imprinting him with seven words that will forever bond mother and "child," and as she does so, his face softens. The catch is that David can love only her, and if Monica ever decides she no longer wants David, he will have to be destroyed.

But Monica and Henry will never love David as they do Martin, who one day comes home from the hospital and begins treating his "brother" as if he's nothing more than the latest and greatest super-toy -- a better version of their talking teddy bear. Martin taunts David, constantly reminding him of his artificiality; he's a "mecha" (machine) in a world of "orgas" (organics). Martin gets Monica to read to them from Pinocchio: "David's going to love it," Martin says with a cruel smirk. But the story gives David hope: If he can find the Blue Fairy, he, like the puppet in the book, can become a real boy.

The first third of A.I. feels so much like Kubrick it's as though the film had been directed by a ghost. The Swintons' home, with its polished wood floors and post-IKEA furnishings, looks barely lived in. It's a quiet, lonely place, and even composer John Williams, who's made millions providing Spielberg with orchestral bombast, stays hidden in the shadows with music that's less a score than a whisper of strings. Up to this point, the movie plays like small-scale domestic drama -- the story of a rejected stepchild wanting only to love and be loved. But all that gives way when Monica takes David out in the forest to dump him, lest the rejected boy end up destroyed. His screams pierce the soundtrack ("If I become a real boy, can I come home?") as the landscape becomes suddenly desolate and threatening.

What follows is perhaps the most twisted Kubrick-Spielberg amalgam imaginable: We're introduced to Gigolo Joe, played by Jude Law behind a thin veneer of makeup that turns him into a human-size sex doll. Living in a sleazed-out town, Joe comes across as something that could have been cooked up by Kubrick's Dr. Strangelove collaborator Terry Southern, a man fond of his kink. "Once you have a lover robot," Joe brags, "you'll never go back." But Joe is nothing more than a plot device, the older brother David never had. He belongs in a different movie -- a fun one.

When Joe finds himself in bed with a dead girl, he's forced to go on the run and winds up in a robot graveyard in which outdated, gruesomely half-destroyed models scavenge for parts. David and Joe are rounded up for a Flesh Fair, where mechas are destroyed onstage for human amusement. It's a horrific moment, because it subverts an image from E.T.: The moon literally rises out of the horizon and scoops up the unsuspecting androids, hauling them off to slaughter.

Like 2001, A.I. suggests that artificial "humans" are better than the real thing; if theirs is a synthetic love, at least their processors don't manufacture synthetic hatred. The humans are ogres, be they Monica Swinton or Lord Johnson-Johnson (Brendan Gleeson), the robot hunter who terrifies the Flesh Fair audience by insisting David is part of a "plan to phase out God's little children." But whatever point Spielberg is trying to make about racism and fear of the future is lost in the spectacle and eventual sentimentality of the Flesh Fair sequence, which deteriorates into proselytizing by way of the World Wrestling Federation.

In the end, the film fails because Spielberg chickens out. Instead of a Kubrick movie, he's remade Close Encounters of the Third Kind, only without the sense to edit himself. A.I. comes to a very logical if overpoweringly cheerless ending about 15 minutes before the final credits roll. But Spielberg plunges forward, and the result is frustrating and pointless. What had been a fairy tale becomes daffy sci-fi tomfoolery; our emotions are hung out to dry, along with some garish special effects that serve only to create distance between David and the audience.

The ending -- which suggests that little boys want nothing more than to sleep with their mothers -- is not enough to betray the movie, which is too engaging, too ambitious, and too bizarre to dismiss, but it suggests that Spielberg is not quite ready to make grown-up sci-fi movies. And he won't be until he figures out that happy endings aren't always the best endings.